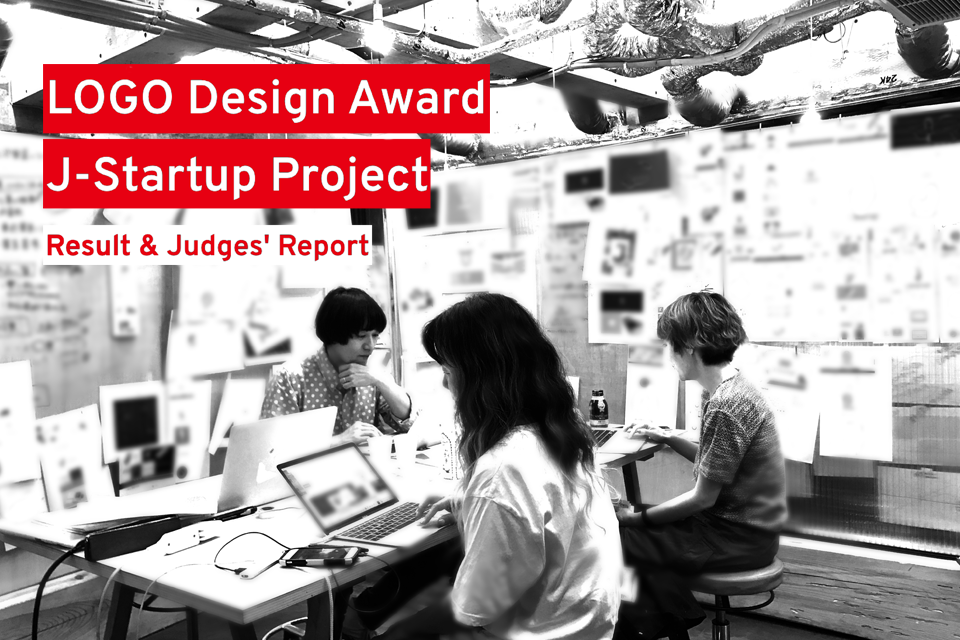 To produce startups that can fight and win in the world; to offer the world new value through revolutionary technology and business models. These are the visions behind J-Startup, a startup development support program powered by the Ministry of Economy, Trade and Industry. The project office wanted to create a logo design to coincide with the launch of the project. And in response, Loftwork proposed collecting logo design submissions in an awards format. Loftwork offered support in planning and implementation to ensure the success of the award and the quality of submissions. This was the J-Startup Logo Design Competition.

・Adopted as the logo for the J-Startup project

1,747 submissions were assembled from around Japan.

For the selection process, first and second rounds of judging by J-Startup committee members and members of the project office were followed by a final, decisive vote by the crowd at the J-Startup Launch Ceremony on June 11, 2018. Startups attending the event, committee members, and supporters all came together to form a jury of 189 people and cast their votes to choose the grand prize winner.

J-Startup is a project designed to support newly-created Japanese startups. Businesses that have been selected are actively participating in exhibitions both within and outside Japan in preparation to expand overseas and become firms that can fight and win on the world stage.

Once they are chosen, what should those businesses do to enhance the position of startups and succeed globally while keeping the knowledge that they are a member of J-Startup?

We thought that a logo would provide an effective solution to that challenge. A logo that everyone would recognize as a symbol of the J-Startup project, one that would give J-Startup members a common sense of belonging. We launched this project in order to find that design.

Why use an award?

Besides recognizing a winner, an award is also a means by which to unify all those involved into a single mindset through a process of mutual confirmation. We chose to do an award because we believe that bringing together a variety of people, such as applicants, startups, and the project office, creates an opportunity for each party to feel more personally invested in the project.

Given the half-month application period, we implemented the following strategies in order to gather high quality logo designs from around the world on a tight schedule.

Submissions were accepted both through AWRD, a collaborative project operated by Loftwork, and through the global creative platform for custom designs, 99designs. By not limiting our field to one platform, we collected a diverse variety of high quality logo designs.

The competition was announced through Toryumon, which carries articles covering information for various competitions. In addition, our PR strategies for generating excitement around the award and increasing submissions included articles in design-themed media such as AXIS.jiku and MdN.

Collaboration with the AWRD team

AWRD did not just provide a platform. A full-time staff provided their support by proposing and implementing a variety of strategies to guide the project to success.

The path to success

What we were looking for was a logo to be used by Japanese startups selected by J-Startup. The final logo will be used mainly in places such as international exhibitions where firms promote themselves, as well as globally on the official website for this project. To accomplish our global search for a logo to symbolize this project and which could be recognized at a glance as being the symbol of J-Startup, we implemented the following strategies.

Clear communication about how the logo will be used

It will be used mainly when businesses promote themselves, such as on the official website for this project and at international exhibitions.

Preliminary judging to ensure the quality of submissions

The selection process consisted first and second rounds of judging followed by a final vote at the event, and the winner was chosen under the scrutiny of a large number of judges. Throughout the process, a variety of people shared their thoughts and visions surrounding the project. Making the final decision by vote allowed the large number of people involved to participate firsthand.

First round:25 submissions selected by the J-Startup management office

Second round:Final nominations chosen to go on to the Launch Ceremony vote

Final round: vote at the J-Startup Launch Ceremony

Support for touch-ups after selection

After the winning submission was chosen, we helped support the project office as they touched up the design. After some minor adjustments, the logo was ready to spread its wings and make its way into the world.