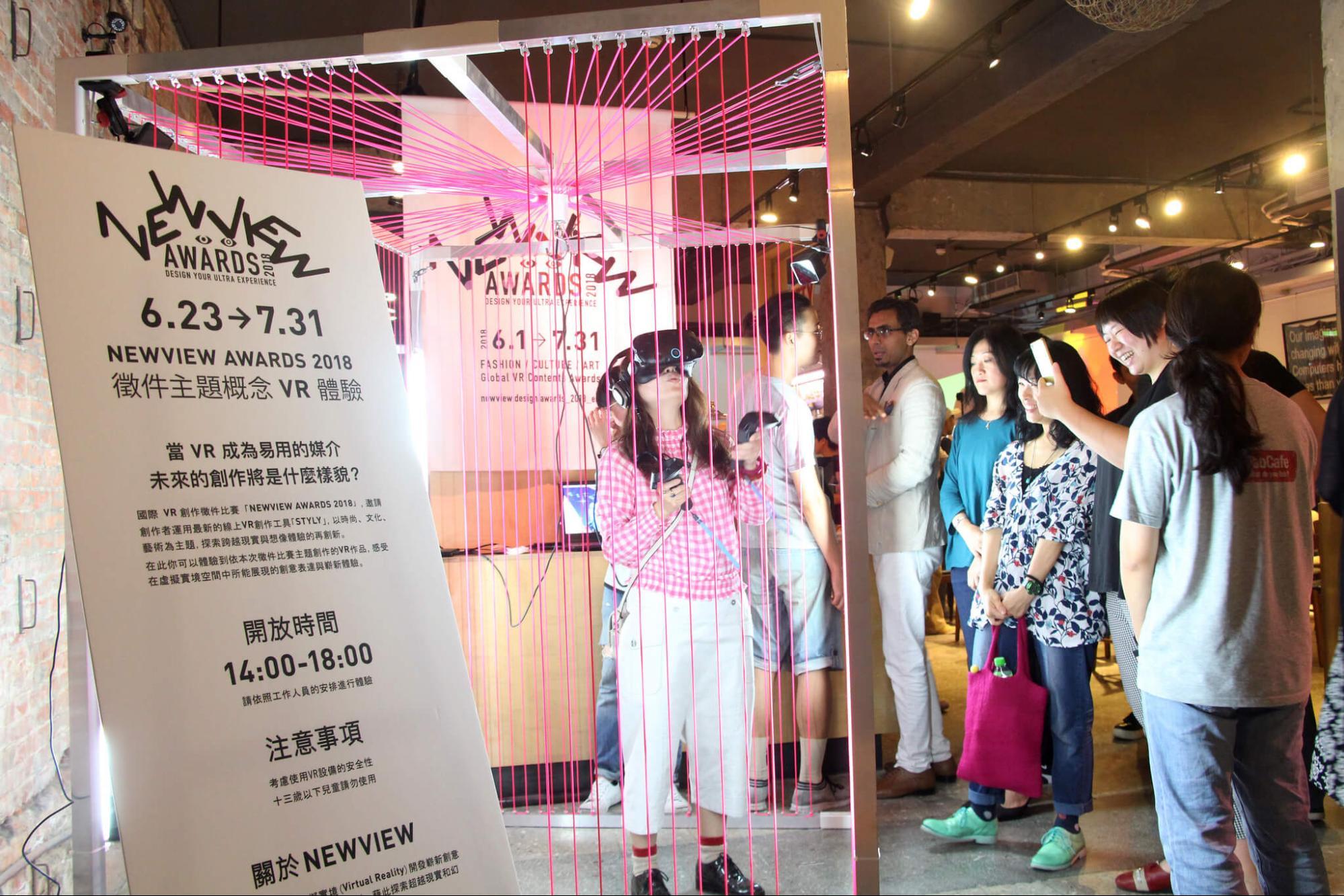 A Japanese start-up company going global with VR Looking for next generation creators that design “extraordinary experiences” at the global awards.

With the advancement in technology, the world of presentation will go from 2D to the more abundant plane of 3D, an area much closer to the real world. Psychic VR Lab Co., Ltd. , developers of a game-changing VR platform “STYLY（スタイリー）”, that allows anyone, even without programming skills, to easily produce and stream VR content online, has long sought strategies to take on the international market. Therefor, Loftwork, alongside with Psychic VR Lab and PARCO CO.,LTD. , has proposed and realized a project/community that aims to pursue a new form of expressions using “STYLY” and discover and incubate the next generation of creators from around the world. That is the “NEWVIEW（ニュービュー）” project.

[Rules] To put a list of achievements in the opening. （Put details in the main text）

・Confirmation that the 2019 project will be held（in progress）

219 projects were submitted from 7 countries worldwide.

Click here for details of other award-winning works
https://newview.design/awards/...

As this was an unprecedented VR competition award, we thought that we would like to think of a new spatial expression, by breaking concepts of VR once and starting from a blank state. Therefore we have requested people who work in various fields such as planning, visual content, music, fashion, and art to be part of the judges.

Tasks and Background of the Client

Psychic VR Lab started as a lab to research and develop VR and has developed VR content such as tools to improve baseball batting forms and VR content for pediatric dentistry. However, as a result of a collaboration with a fashion designer, they felt a strong need for a platform that will stir up creative urge of artists through VR and made “STYLY” where anyone can easily create new expressions and experiences in VR.

Currently, the market for VR devices is led by American, European and Chinese companies. Loftwork alongside side with Psychic VR Lab team formulated a strategy in anticipation of the global market. The strategy was to put the creator community at its core and create new VR categories in the fashion, culture and art fields and making this a global scale movement.

As a result of doing research to know the target users better, we felt that there were many creators around the world that are interested in VR as a media and have decided to hold a global award that utilizes the AWRD platform, “NEWVIEW AWARDS 2018”, inviting creators from around the world.

Why We Chose the Awards

Awards serve as a wide entrance for great creators from various fields. Another purpose of utilizing this method is to discover great ideas or works ahead of its time and make it possible to spread information. This was not possible in conventional projects where members were limited.

Achievements of the Project

From the start of the project, the global market was anticipated as the target. To devise a strategy to take on the global market, Loftwork has aided in the overall communication design such as concept formulation, project and community design, production direction and event planning.

Guiding the Award to Success

Establishing Connections with Creative Clusters Around the World

The creation of the user community overseas had a big role in the NEWVIEW expanding overseas. Hands on workshops of “STYLY” and interviews regarding production in 3D space was held by utilizing the local communities and gathering creators via the overseas outposts of “FabCafe”, a digital craftsman cafe produced by Loftwork. With this, not only have we gained user insight of NEWVIEW and STYLY in various regions and has led the promotion of award applications.

Creating a Framework Where High Quality Works are Submitted

At the time of starting the project, 10 popular creators based in Tokyo produced works that convey “a new 3D experience,'' a theme set by NEWVIEW. This new movement “From Tokyo”, while involving the media, expanded visibility to creators.

The AWRD framework was used in the applications, where works can be submitted from anywhere around the world.

New forms of expressions and experiences, not seen in the current VR market was created alongside with VR space artist. Through the award, not only was a new place for creators to perform created, through the category “VR”, an achievement was made where artists from around the world took an interest.

In 2019, the NEWVIEW project in its second year will hold “NEWVIEW SCHOOL” courses aimed to teach VR as a general art in Tokyo and Kyoto. Creators, chosen from a number of applicants that exceeded the capacity, will learn the fundamental ways of thinking and techniques required for expressions in VR, from various lectures.