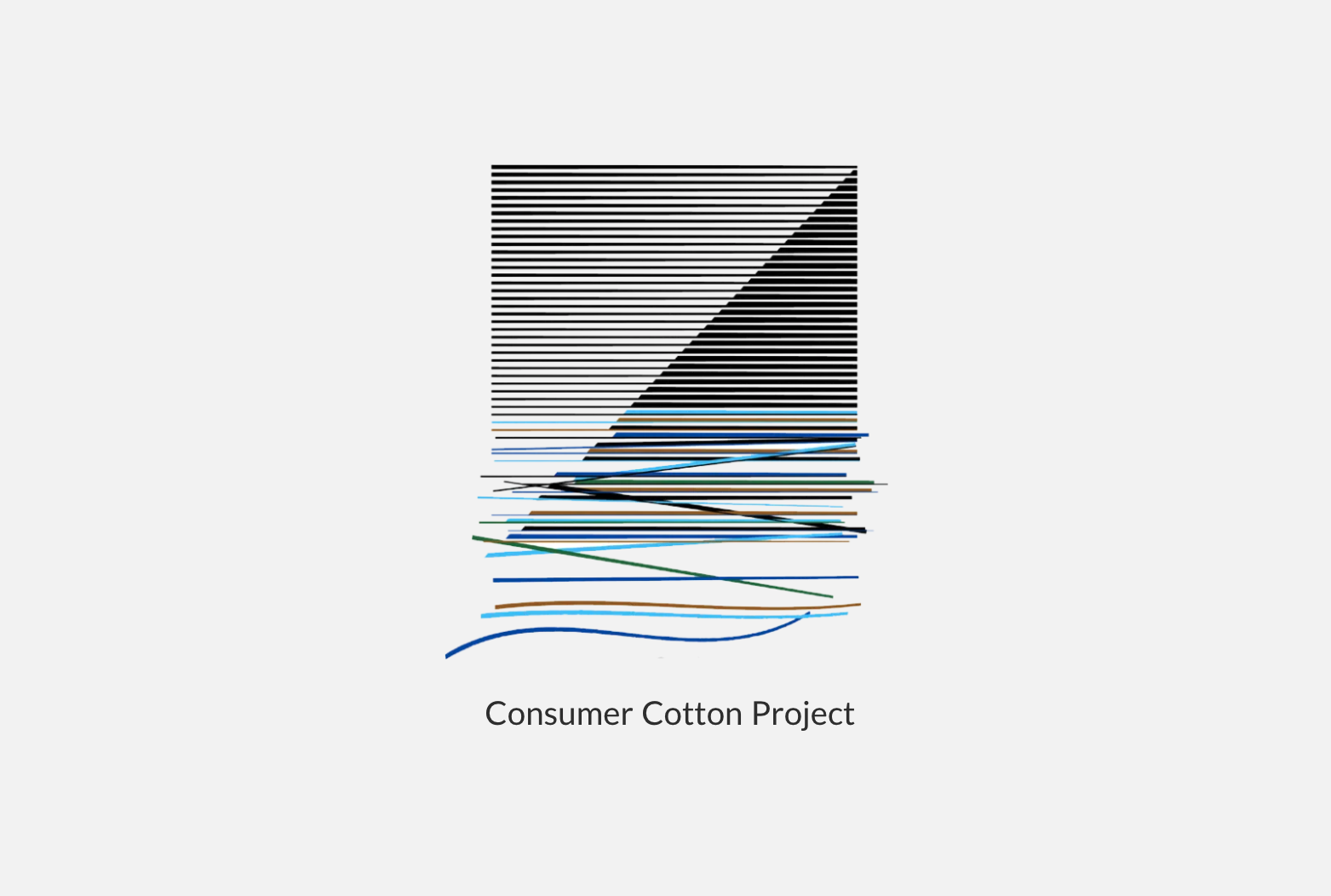 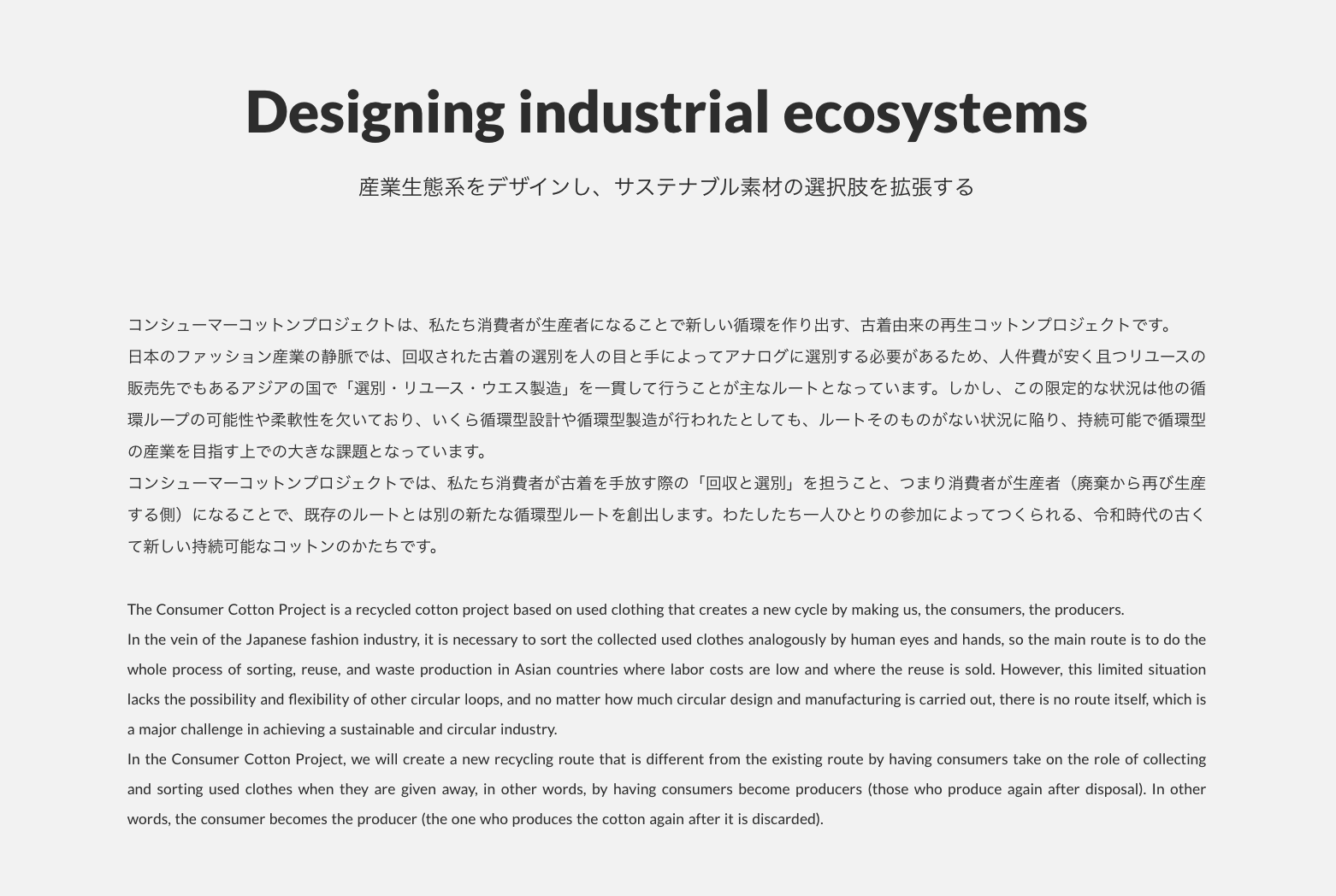 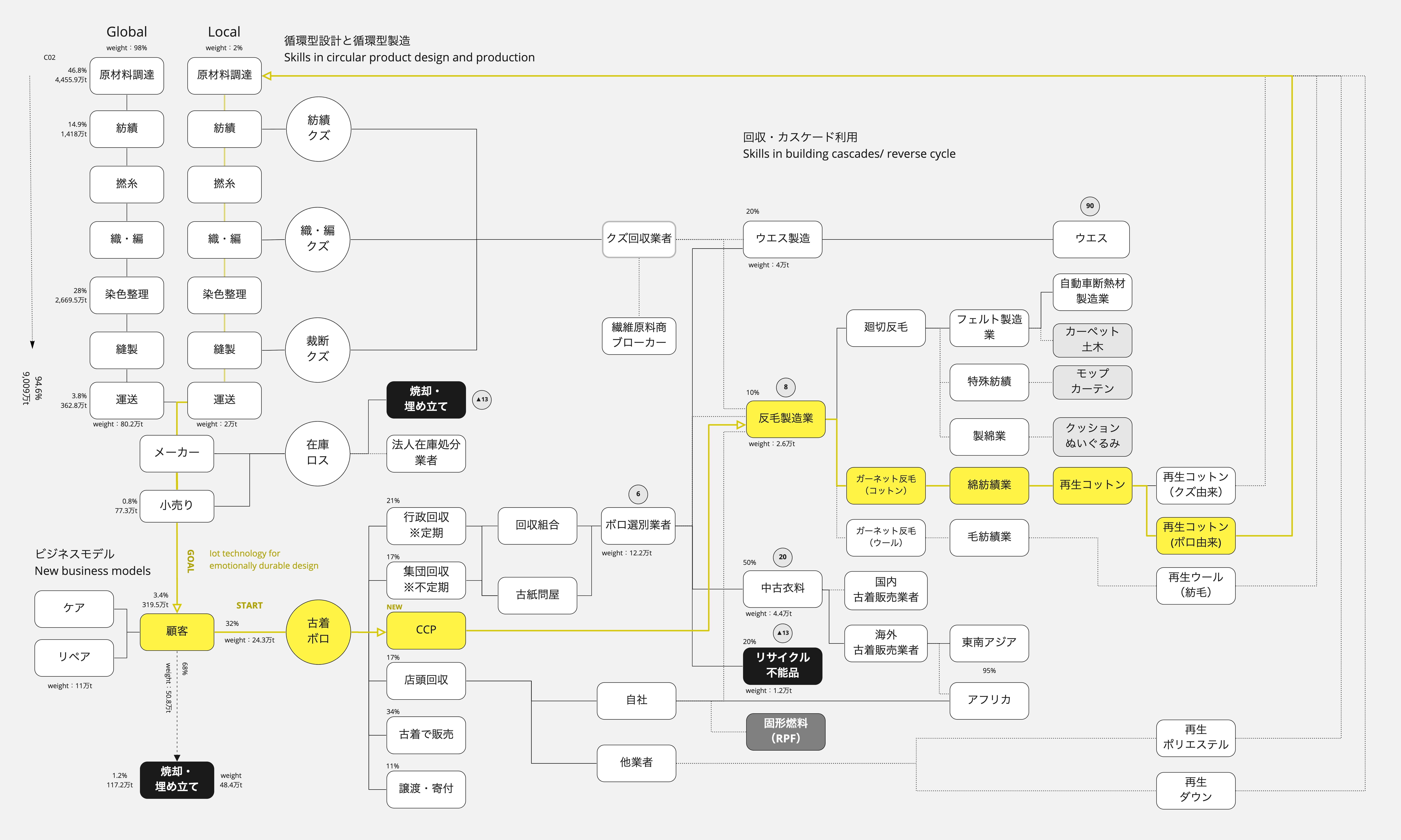 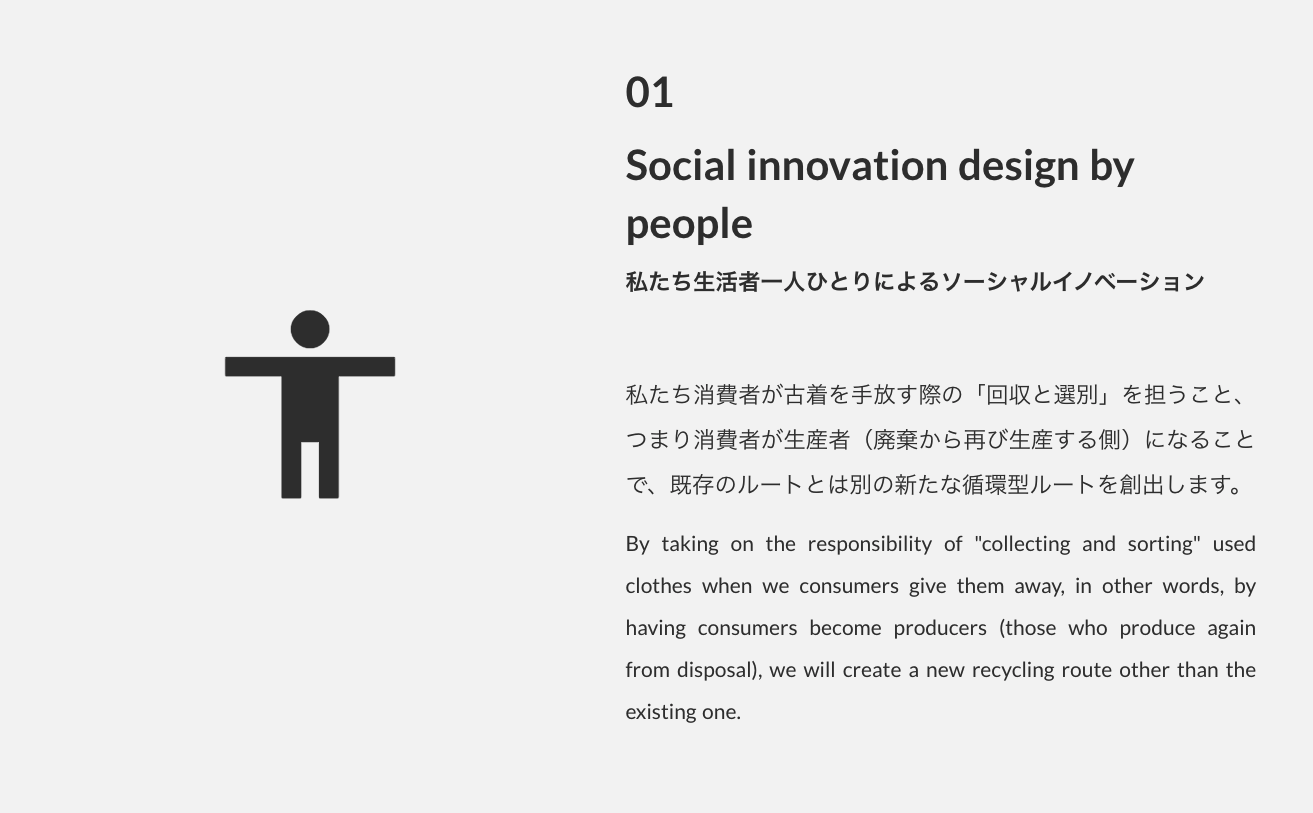 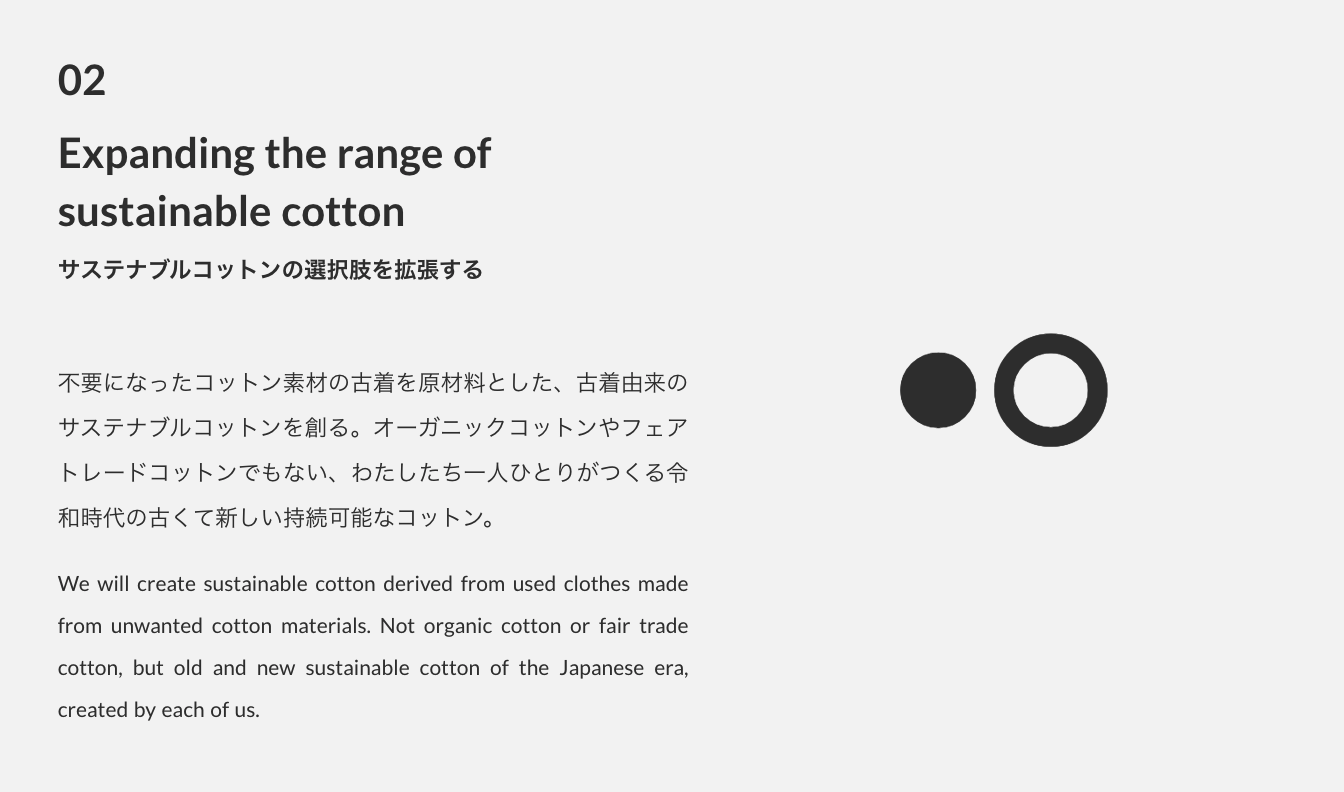 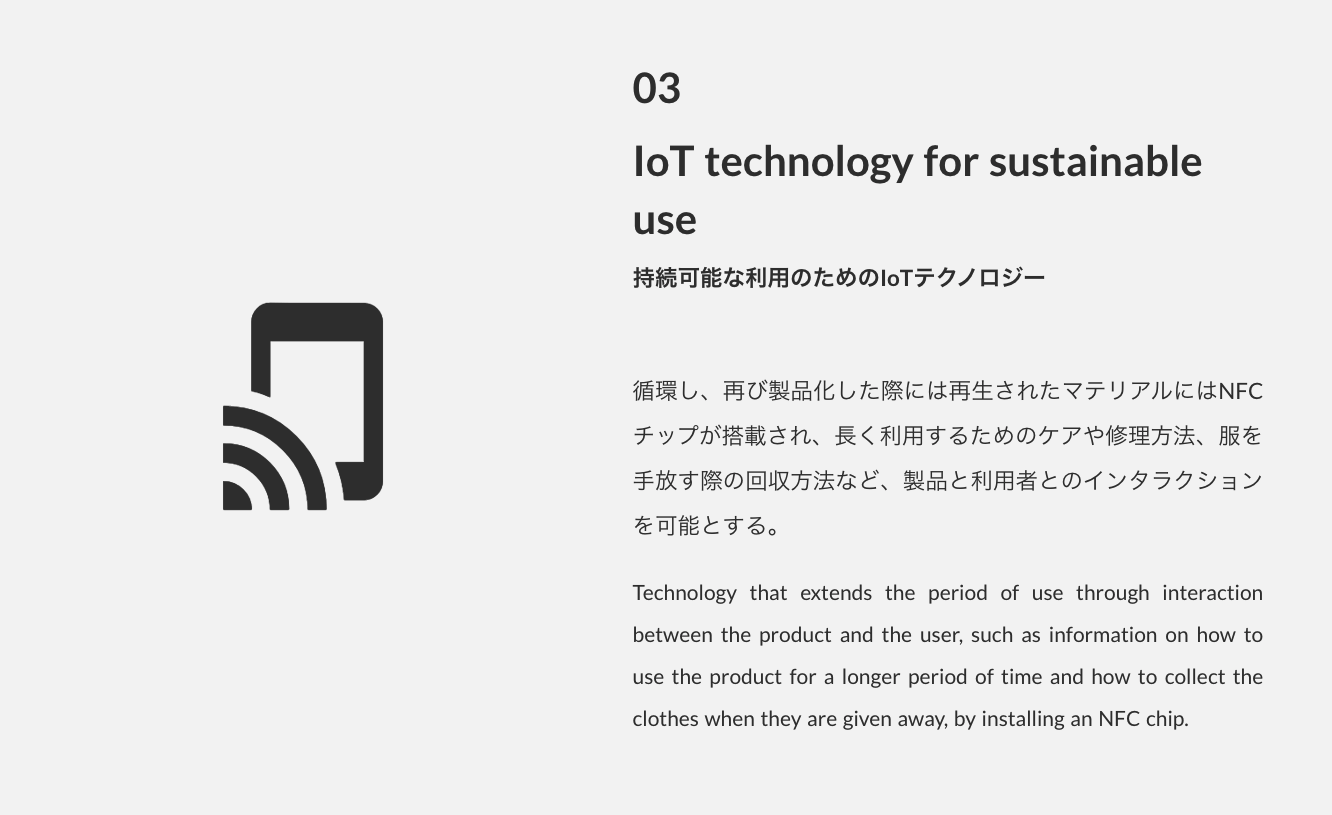 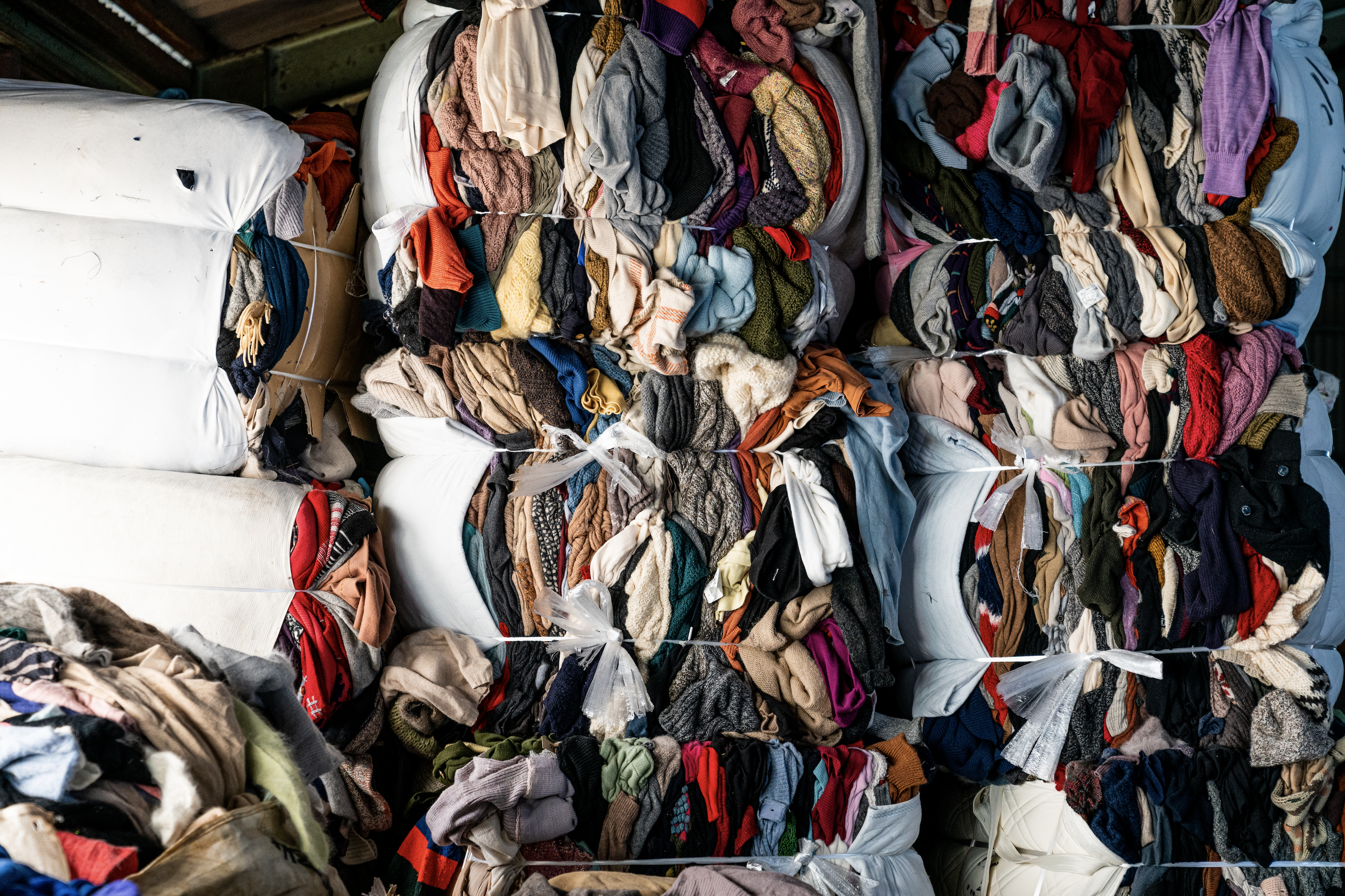 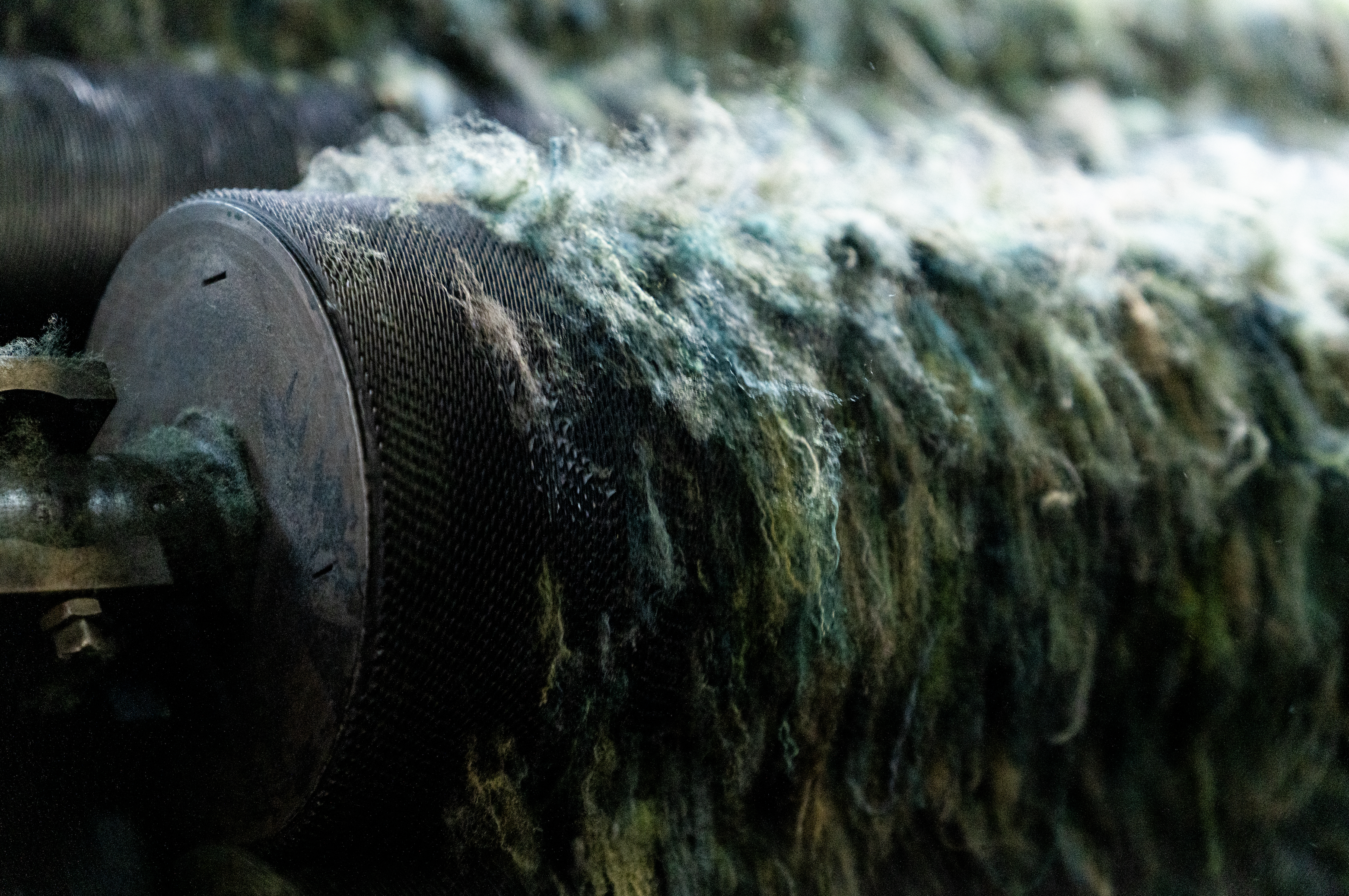 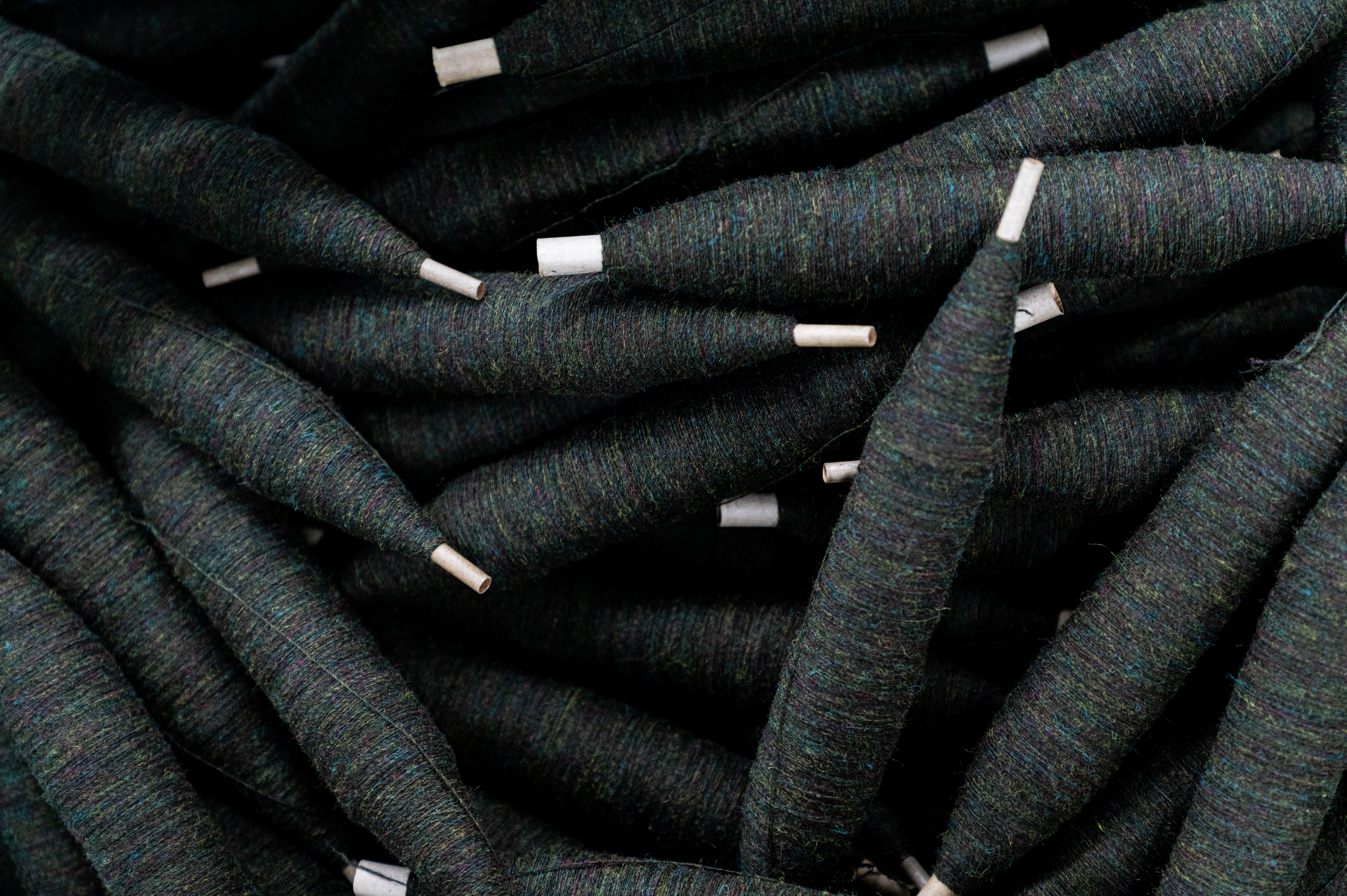 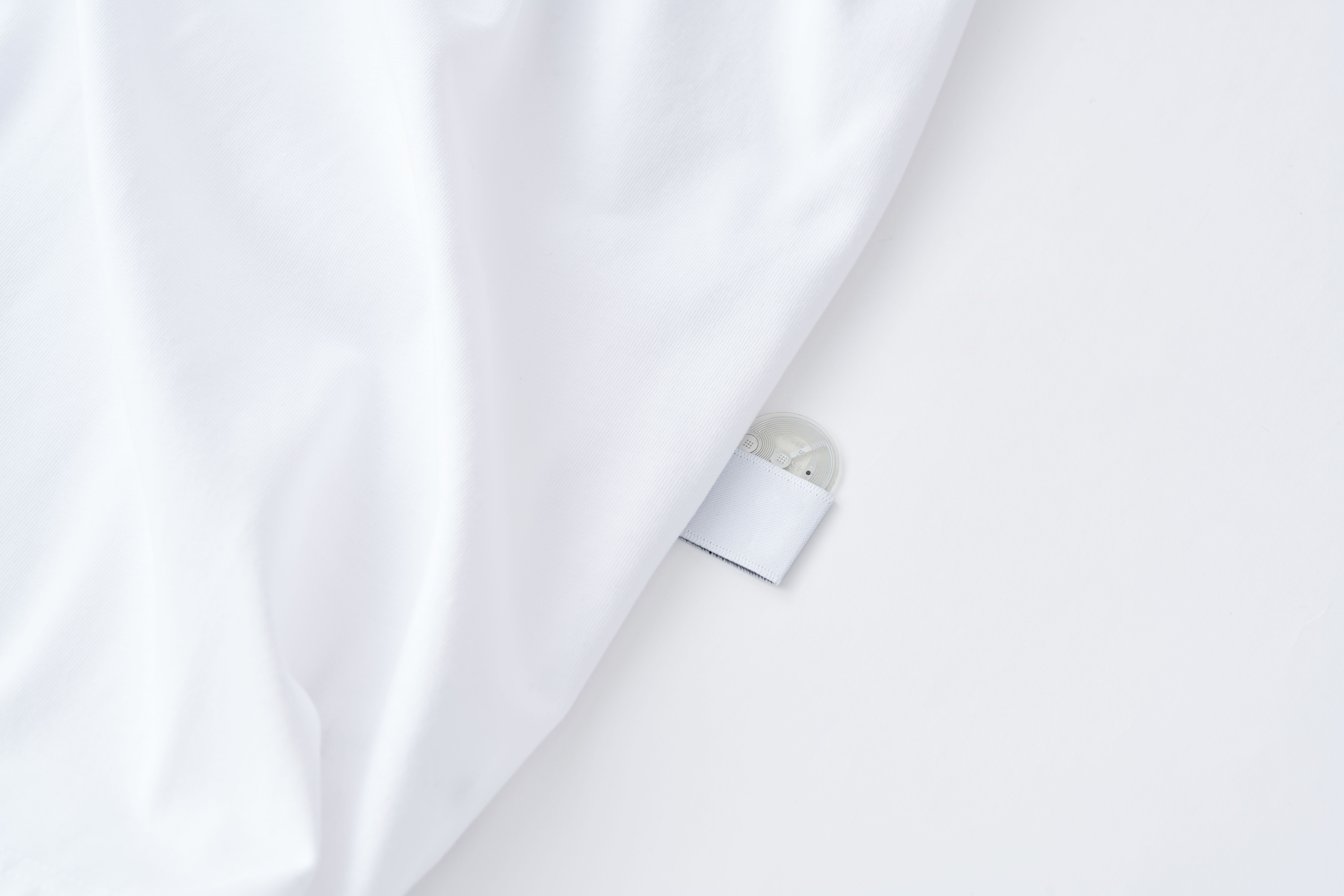 This is a recycled cotton project that starts with our old clothes, creating a new recycling loop by involving consumers proactively and becoming part of the industrial ecosystem.
The consumer cotton derived from used clothes recycled through this project will be developed into IoT textile products equipped with NFC chips. This will enable interaction between the product and the user, communication between the brand and the user's experience, and promote care and repair for long-lasting use, as well as collection when the clothes are given away.