Ardak Mukanova
Tengri is an ancient Nomadic god. Reveal the form of Tengri by interacting with objects using the Alien communication machine. Collect all runes to activate the old mechanism.

Better played in VR, because in web browser some functions might not work as supposed to.

The instructions to play:
1. Grab the tree-looking gun. And press fire to shoot the particle.
2. One of the Aliens reveals itself.
3. Go to this alien and destroy the Big sphere next to it by shooting your ‘gun’ close to the sphere.
4. The 1 Rune falls from it to the Pedestal. If it falls away you need to grab it and place it back on the pedestal.
4.1. If you play on the browser, the rune disappears, in that case, shoot the top of Pedestal itself to activate the next Alien.
5. The second Alien reveals itself.
6. Do the same actions as before and you reveal 3,4 Aliens.
7. After you reveal all aliens the last pedestal next to Yurt appears.
8. Press the button and reveal the last figure. 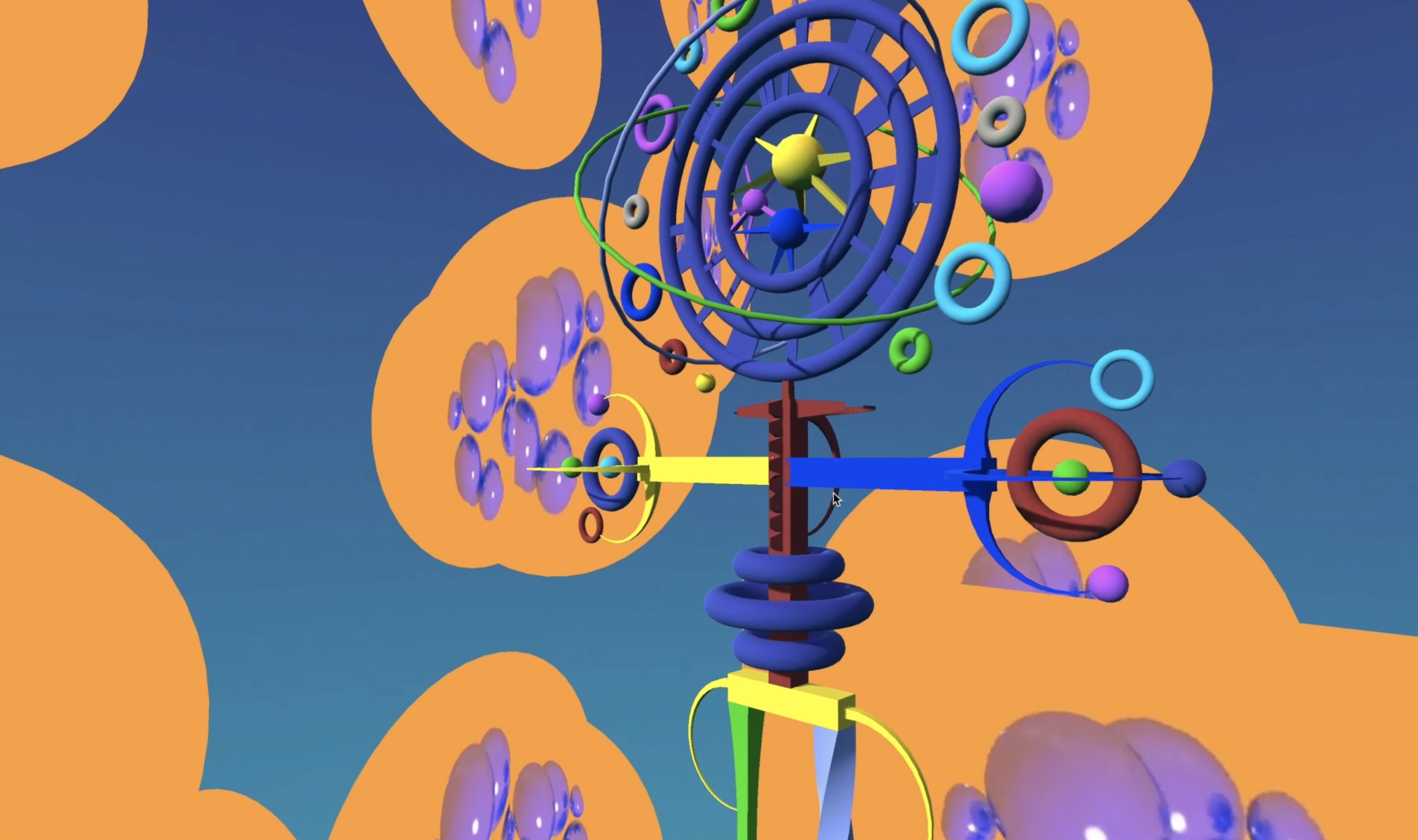