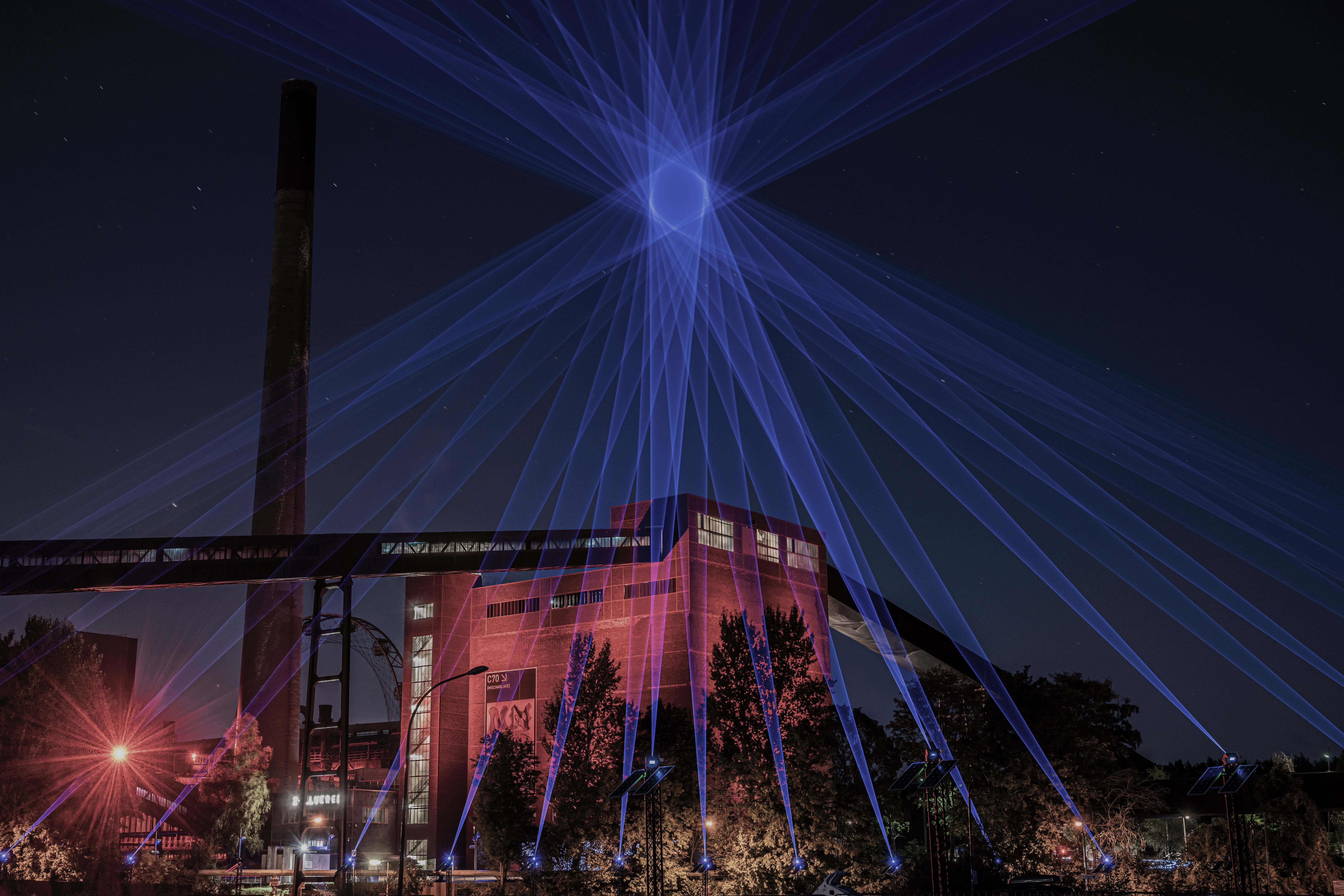 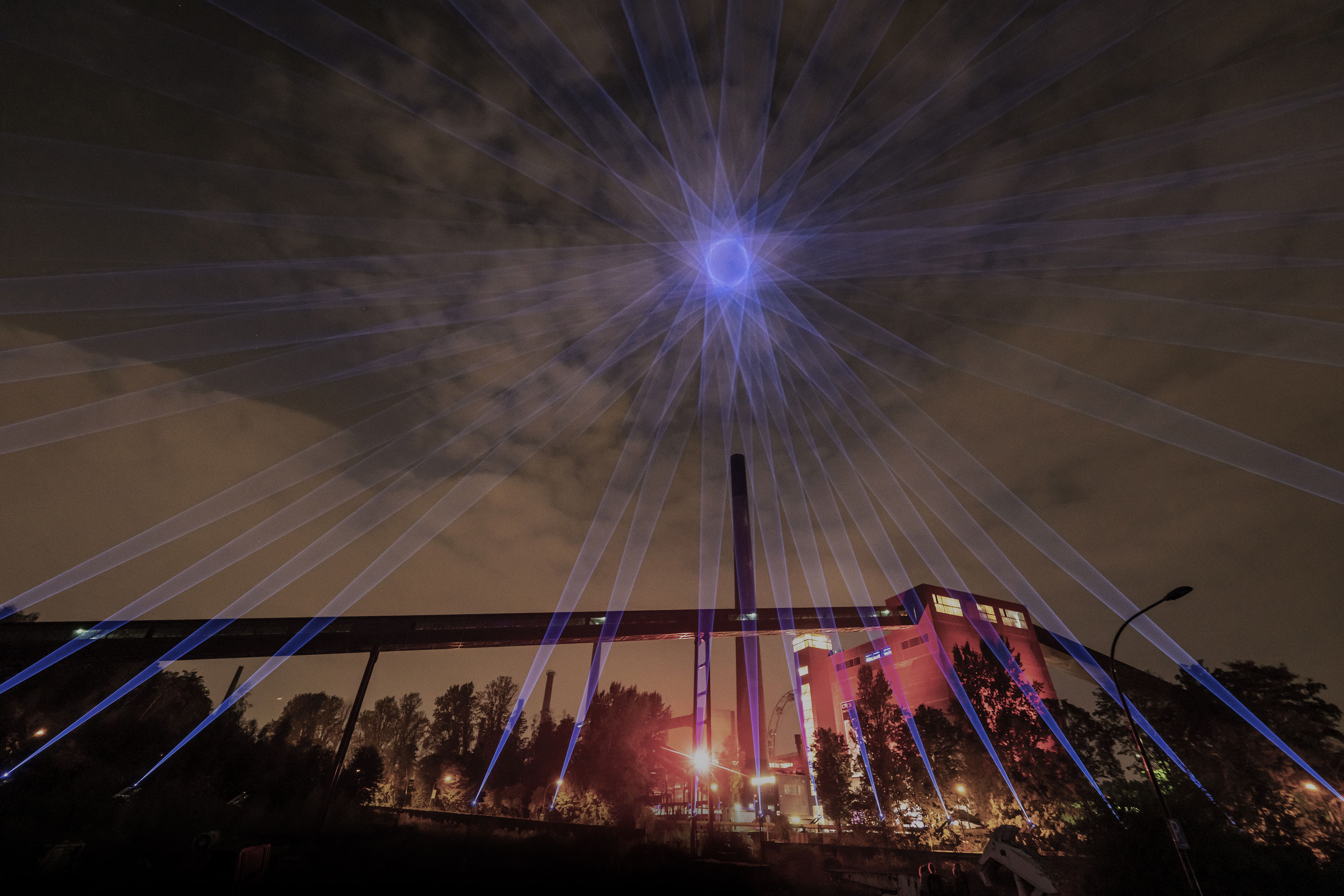 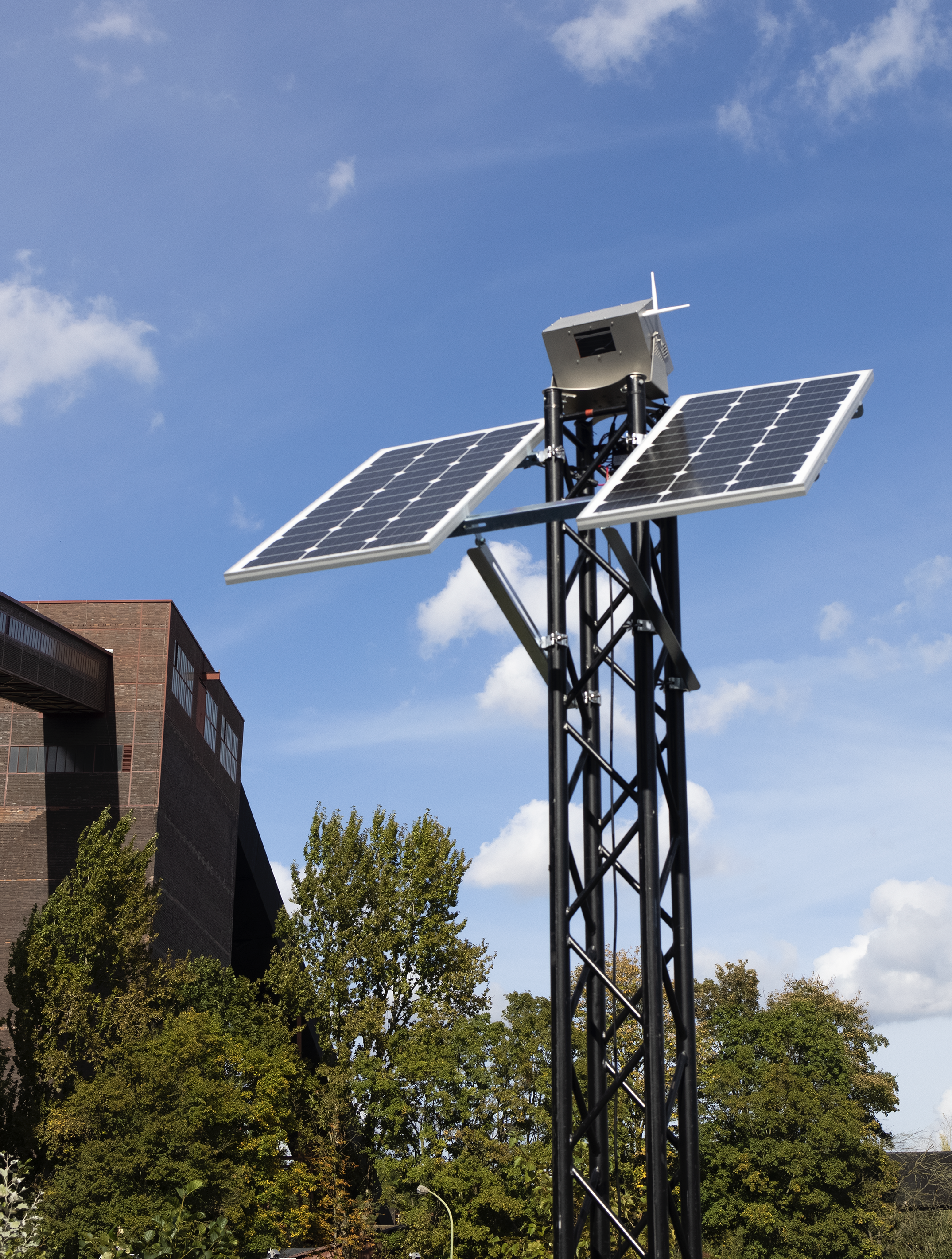 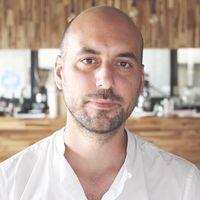 Another Moon is a large-scale outdoor apparition that creates a technically sublime second moon in the sky. As the original moon is visible as a reflection of sunlight in the sky, this second moon is created by a cross-temporal reflection of sunlight gathered during the day, projected back into the sky at night. The moon appears overhead where laser beams tightly superimpose to create a three-dimensional form that can be viewed up to 1km away. It was developed over a 6 year period by the artist duo, and is the pinnacle of their 'Drawing in the Air' series of works.

The project was first presented in the industrial ruins of the Zeche Zollverein (historically the most productive coal mine in Europe). Each night the lasers turn off one by one as the sunshine on that particular day is depleted from their batteries. This mechanism replays the ephemeral energy of the day, unwinding our on-demand instinct for energy which became dominant during the era of fossil fuels. The work proposes that our relationship with energy could be more like our relationship with internet bandwidth, where one day the energy is fast (when the sun and wind are available) and the next might be slow, and that by learning to live in this world of fast and slow energy we can significantly reduce our dependency on fossil fuels.

The artists have frequently used the motif of the moon as a reflection of our physical reality. It is the only land that we can naturally see outside of our own habitat, and demonstrates the physicality of our planet Earth, as a spherical body traveling alone through space, awakening and disappearing as the sun's shadow is passed around it. By presenting an immaterial moon, the work monumentalises a merging of virtual and physical realities. This motif relates to the moon of Haruki Murakami's 1Q84 which demonstrates the viewer entering into a new reality.