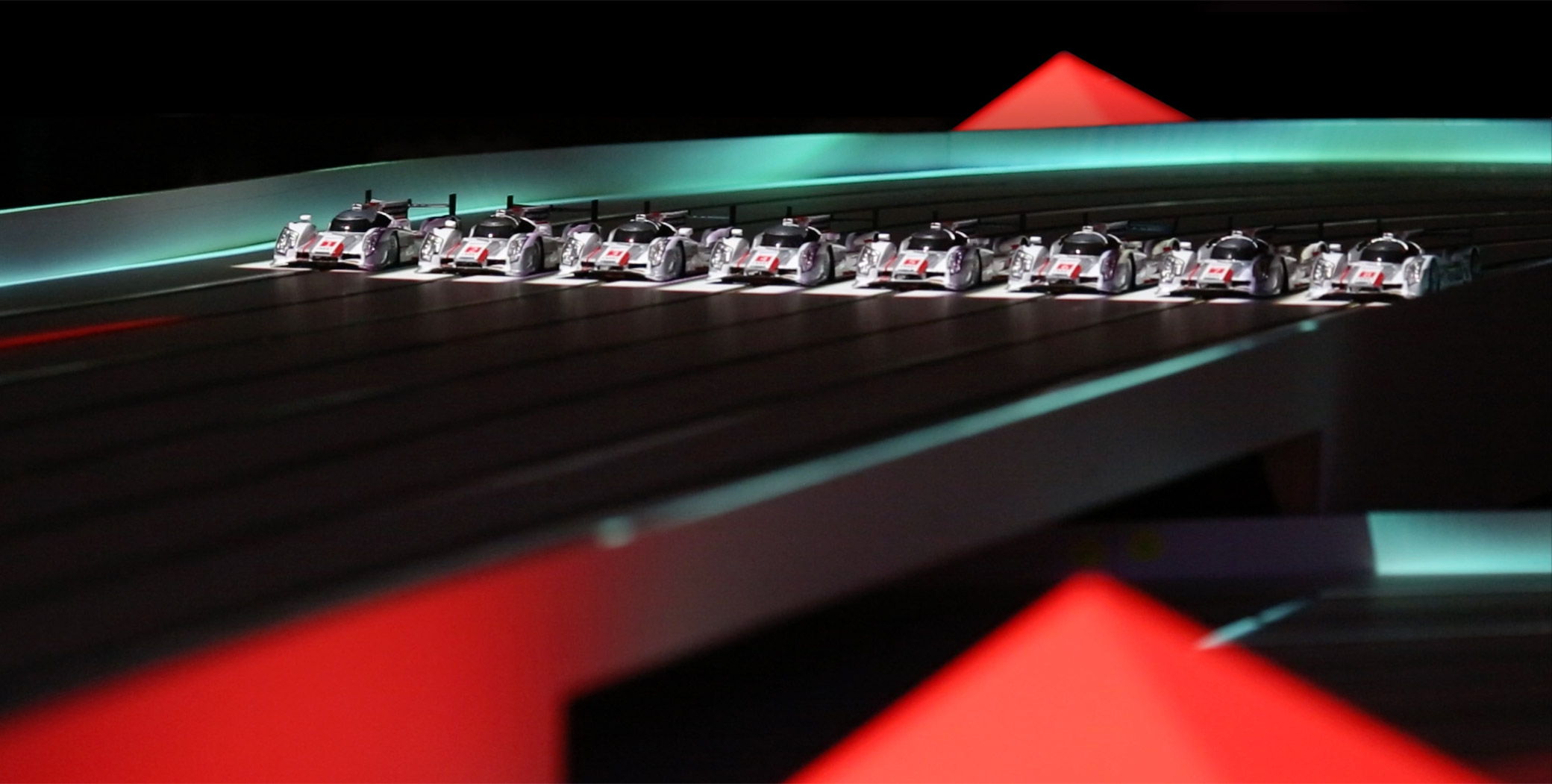 antiloop
Audi takes part in the Le Mans 24 hour endurance race featuring its R18 diesel hybrid race car. The company is also the premium partner of the FC Barcelona and regularly equips the squad with new cars. Antiloop carried out this project in collaboration with SCACS.


To underline it’s technological image and impress current and future customers, Audi Spain wanted to put in place an installation for an event organized together with the FC Barcelona. The company was seeking something totally new for the concept “Drive mindfully” - in which technology and interactivity play a main role.


Imagine gathering some of Europe’s most talented athletes and letting them compete in a whole new way. Their career in professional sports demands exceptional mental conditioning and stamina to support their physical fitness. This challenge would test this mental strength from a never-seen perspective as the players’ attention levels would power slot cars. With this competition, The project managed to draw the attention not only of car enthusiasts but also football fans and technology aficionados. 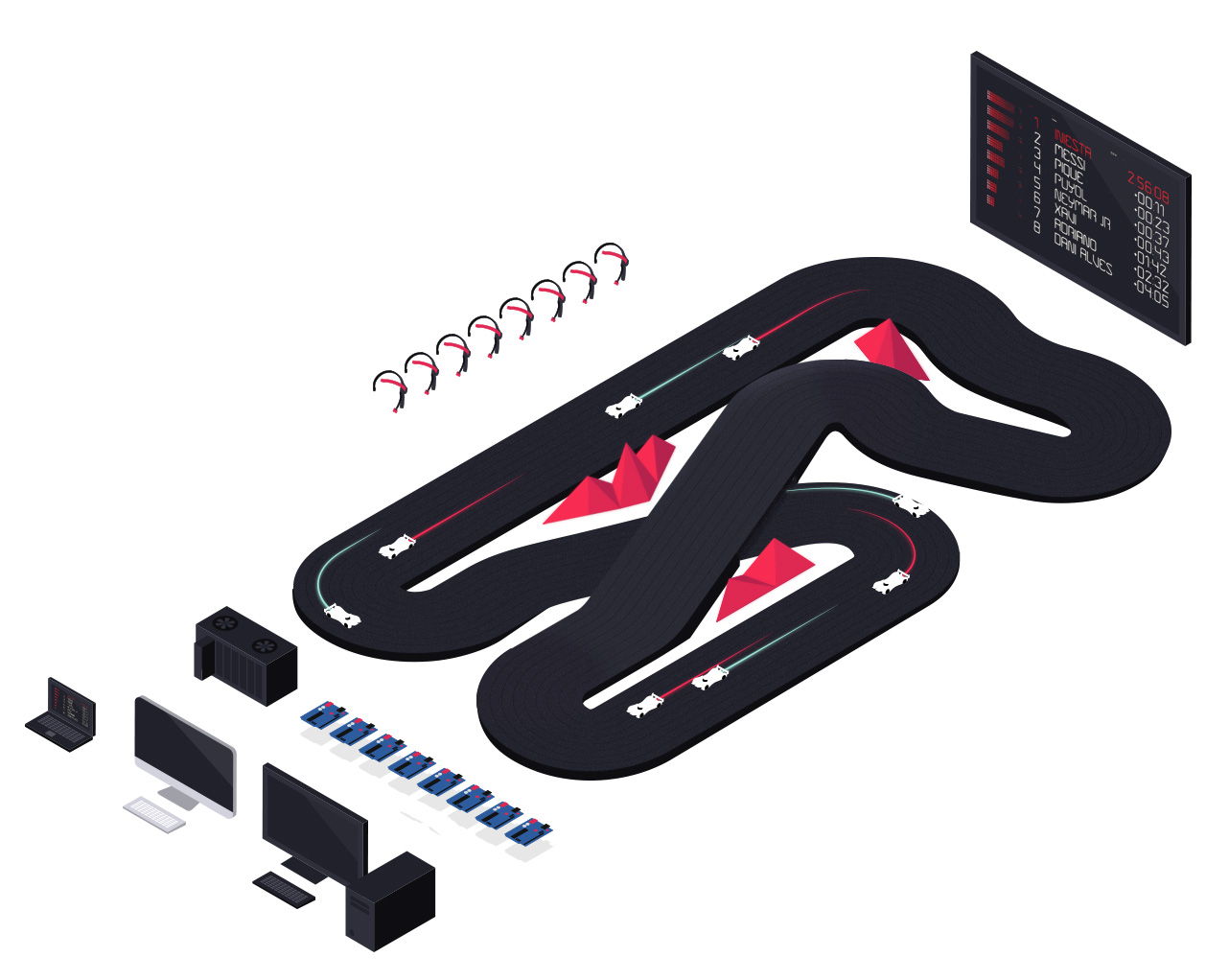 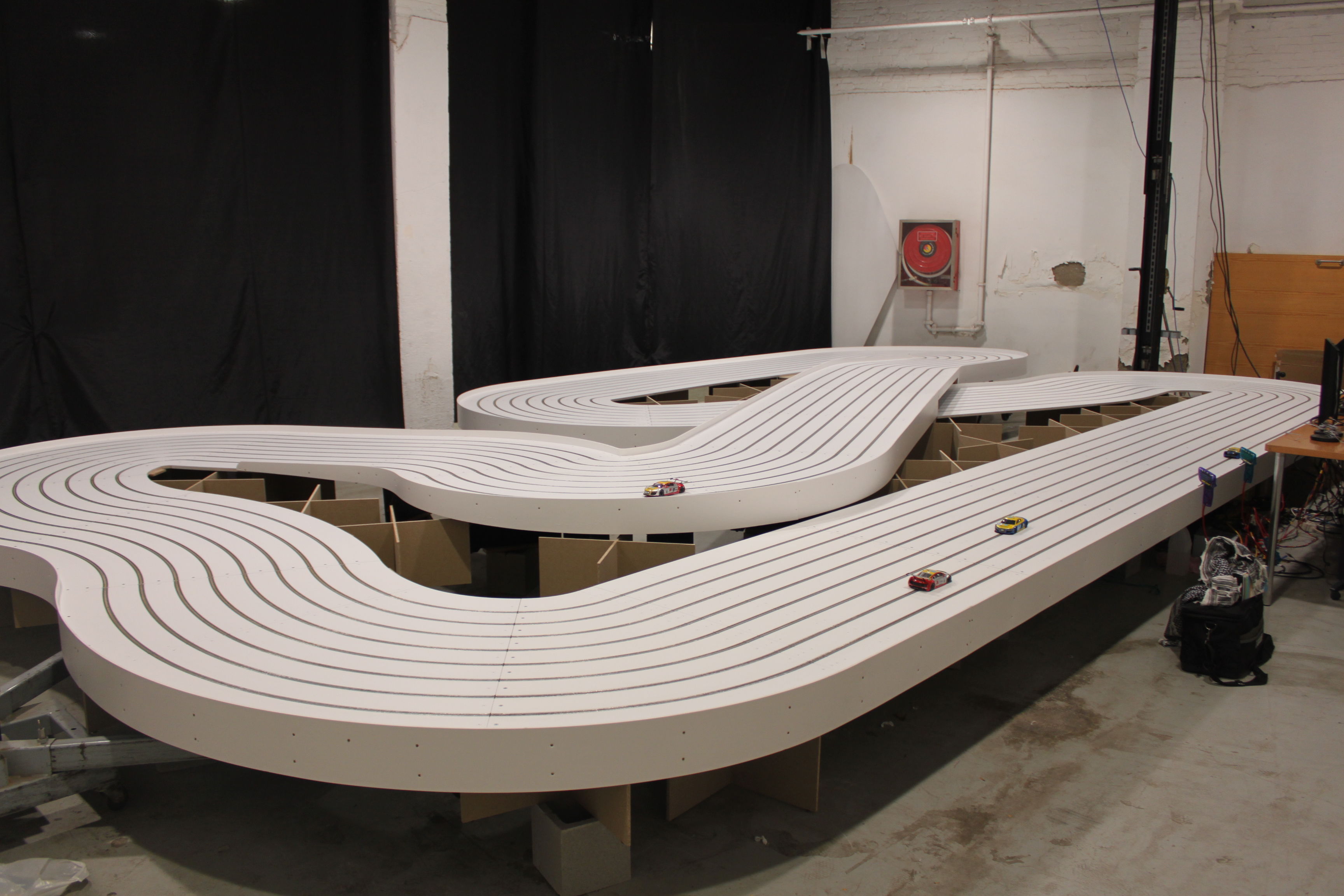 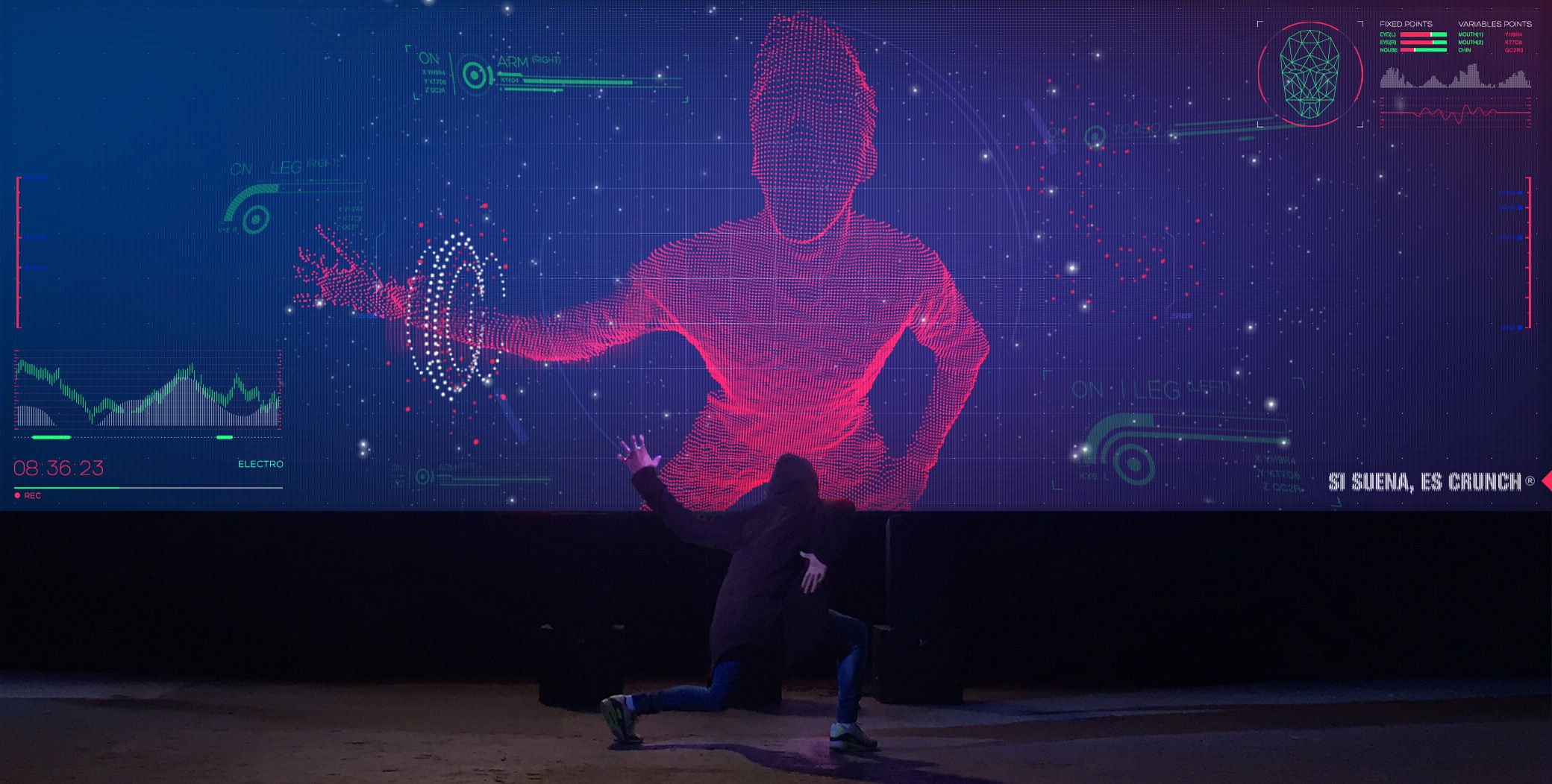 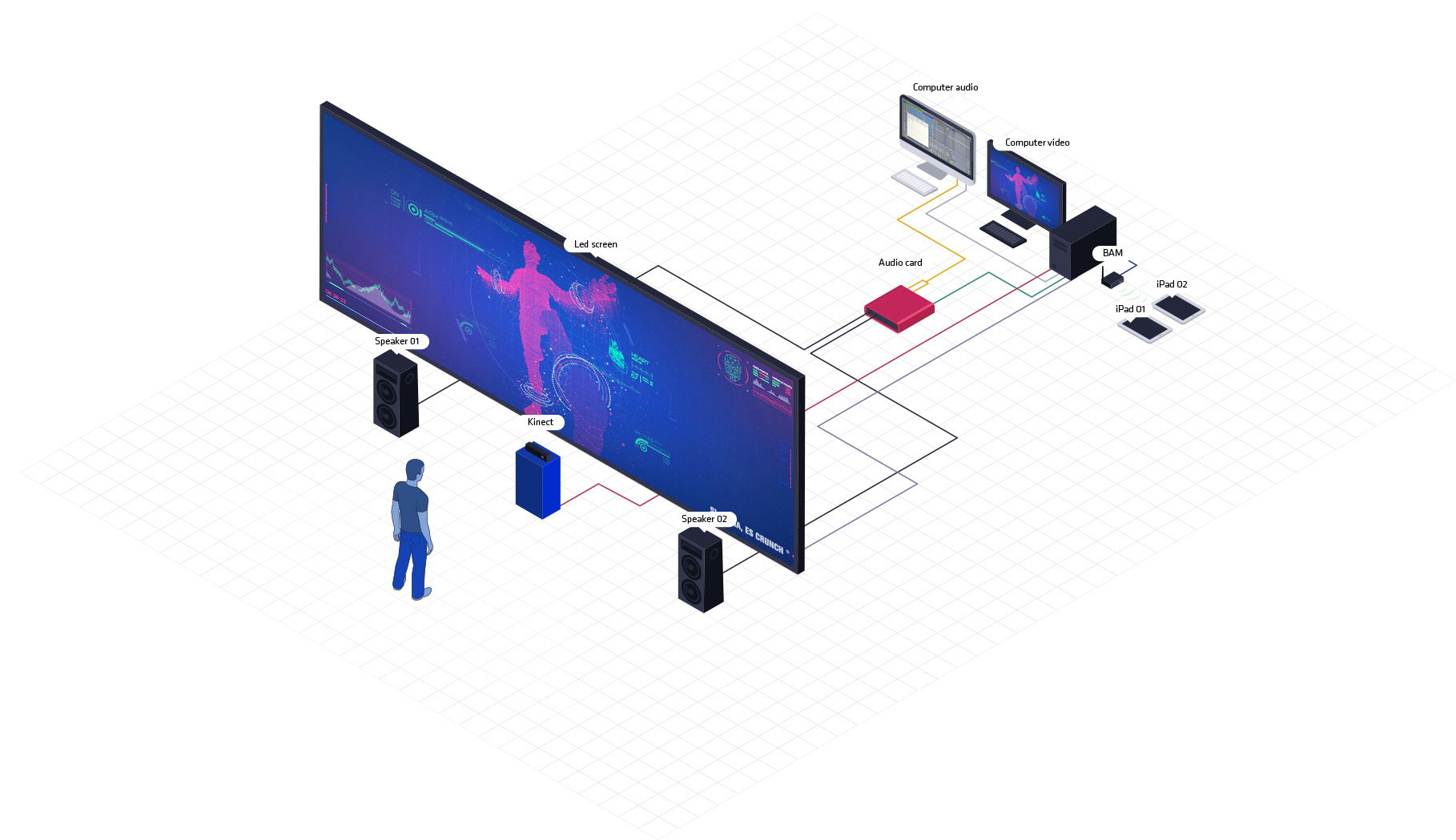 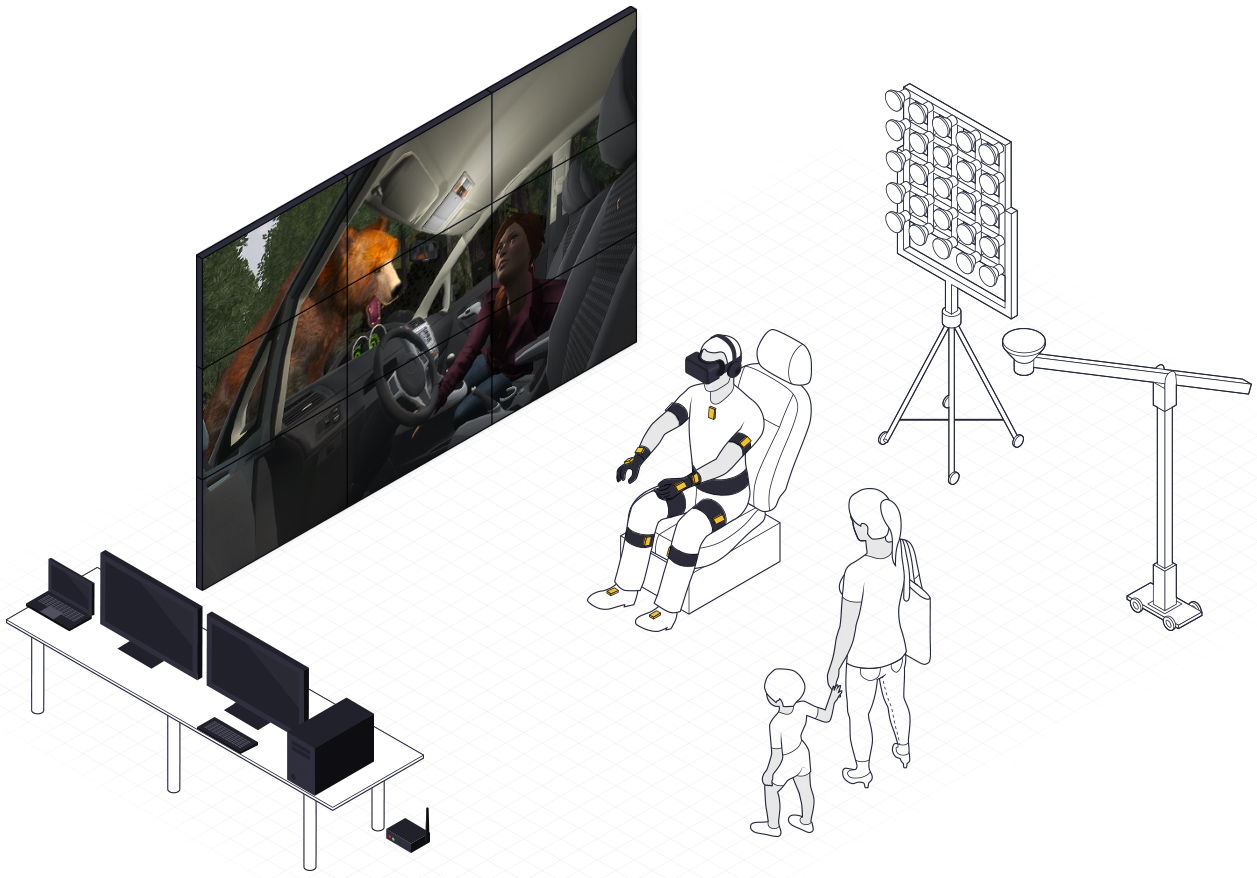