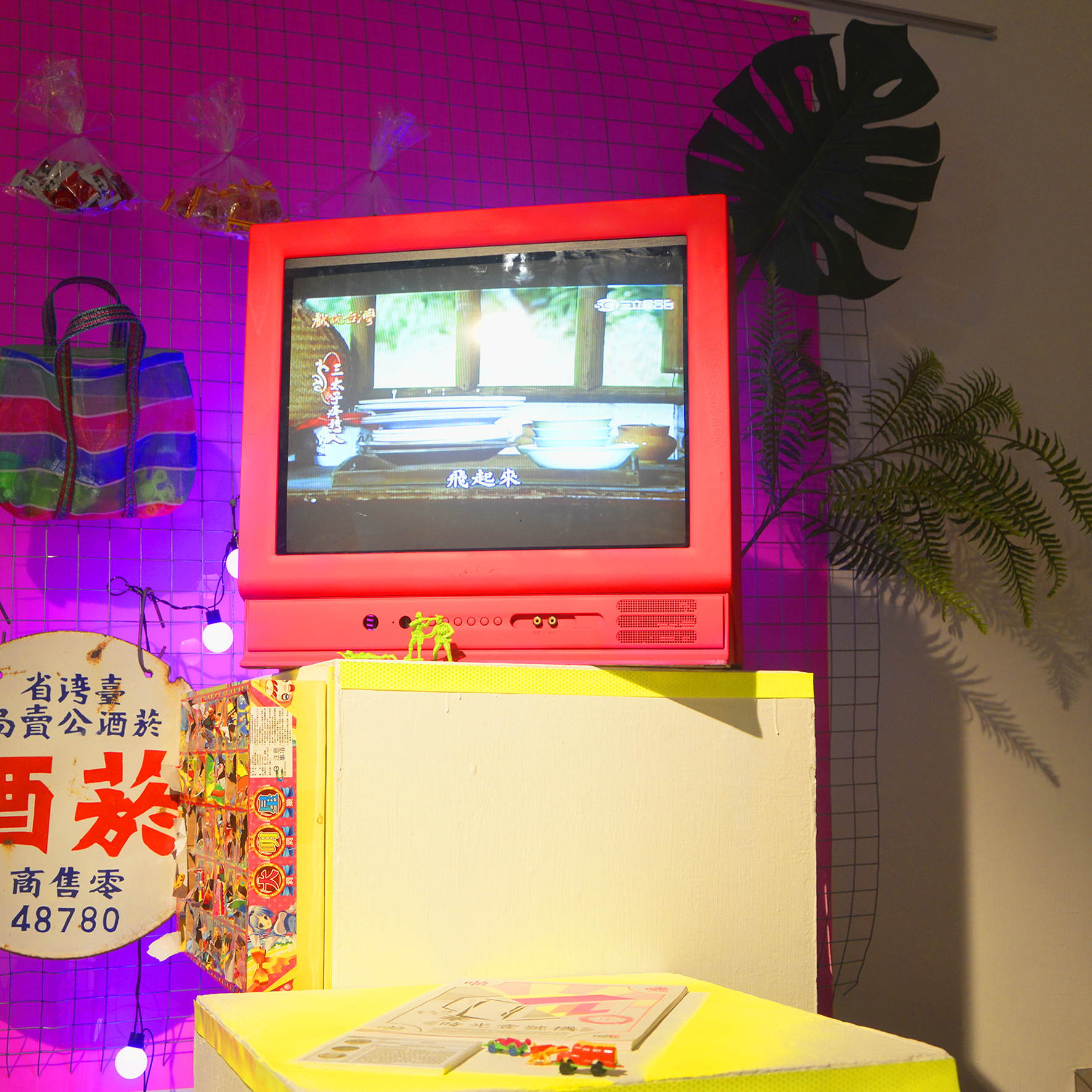 Yan-xuan Miguel Xiao
Regarding the color scheme of the appearance, a special florescence color was used to achieve visual impact, forcefully shifting the thoughts in the brain to System one as proposed in the dual-system theory of neural science (Keith Stanovich, 1999). As a result, the viewer intuitively, effortlessly faces emotions and rapidly grasps memories and generates resonance, directly experiencing the aesthetic language of TechArt. The use of florescent color echoes the core elements of the work, including mosaic of images and decorative symbols as well as electric appliance noise. It is a heterogeneous existence of non-normal state, and it attempts to explain the unsolemn atmosphere of the work.
The traditional cathode-ray tube television, a major medium, is the childhood memory of contemporary youth. Television and the images it broadcasts represent the meaning of an era and progression. Imagine a television as a time machine: how do zombie media resurrect faded, dead images? May the viewer use multiple senses to participate in a time experience? To realize said propositions, in addition to the visual sense, I used the tactile sense of patting on the media. The intervention of circuit bending with old and new media juxtaposing system-on-a-chip controller and sensor module as well as cathode-ray tube television, shifting the anchor of the sense of time. The viewer seeks the sensus-communis in memory while experiencing the interactive work and creating new memory at the moment. When using the physical sense of patting TV to interact with the work, the viewer cannot only summon hidden images, but also experience the sensus-communis experience of patting the TV in the past. I further invited the viewer to attack the art work and participate in breaking the exhibition form under the white cube. This is a piece of work that carries out spirit of glitch from inside to outside and from visual sensation to core concepts.