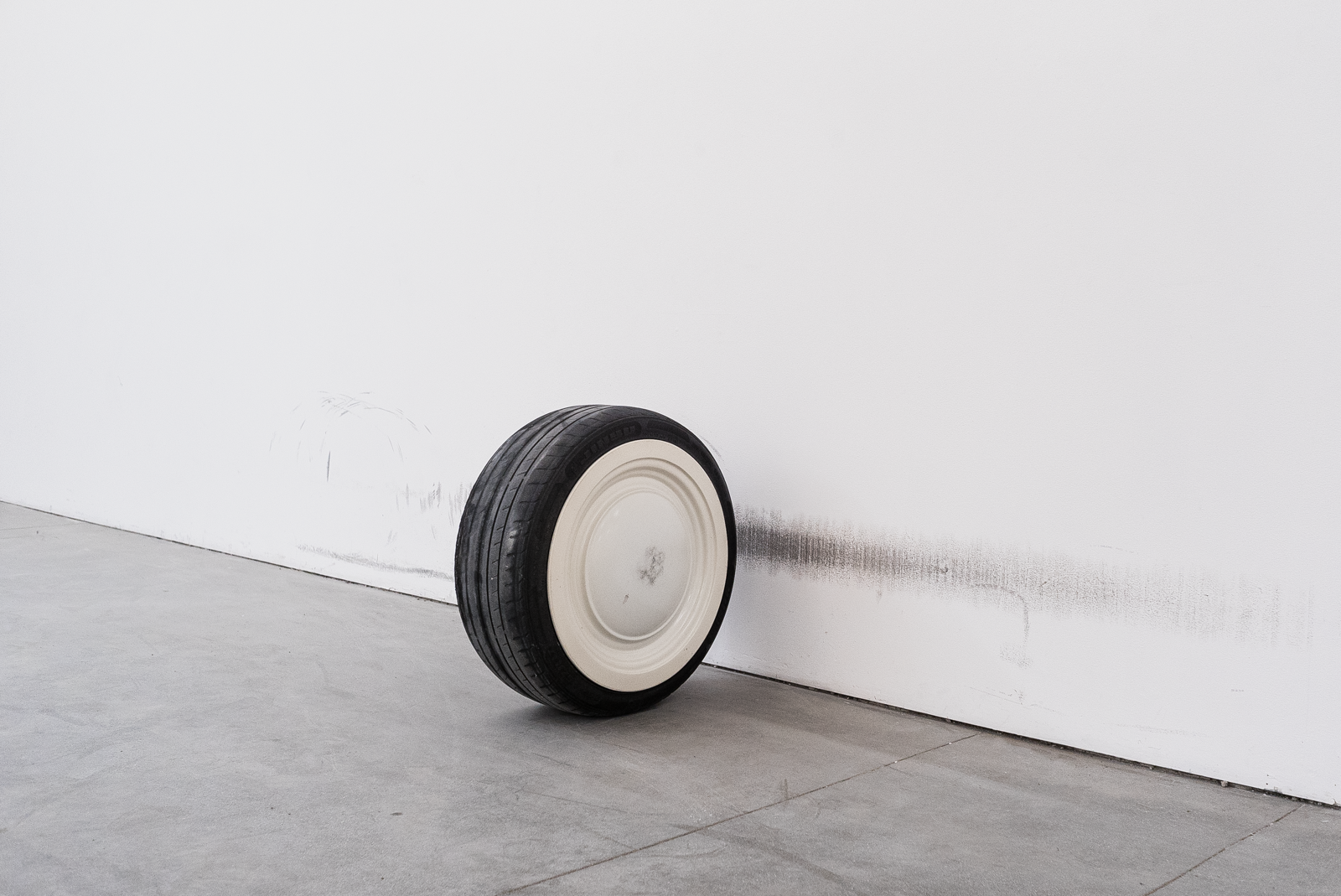 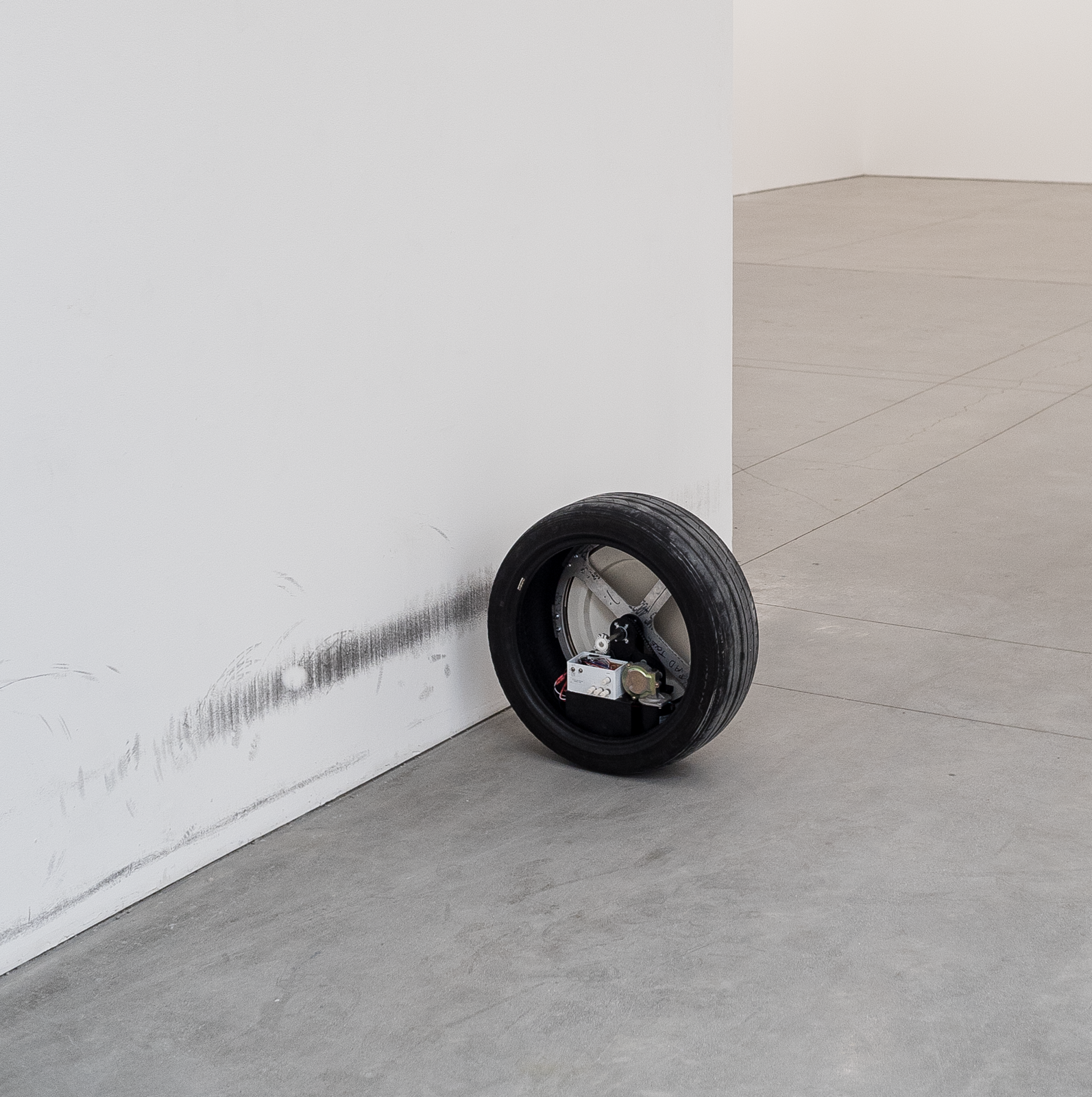 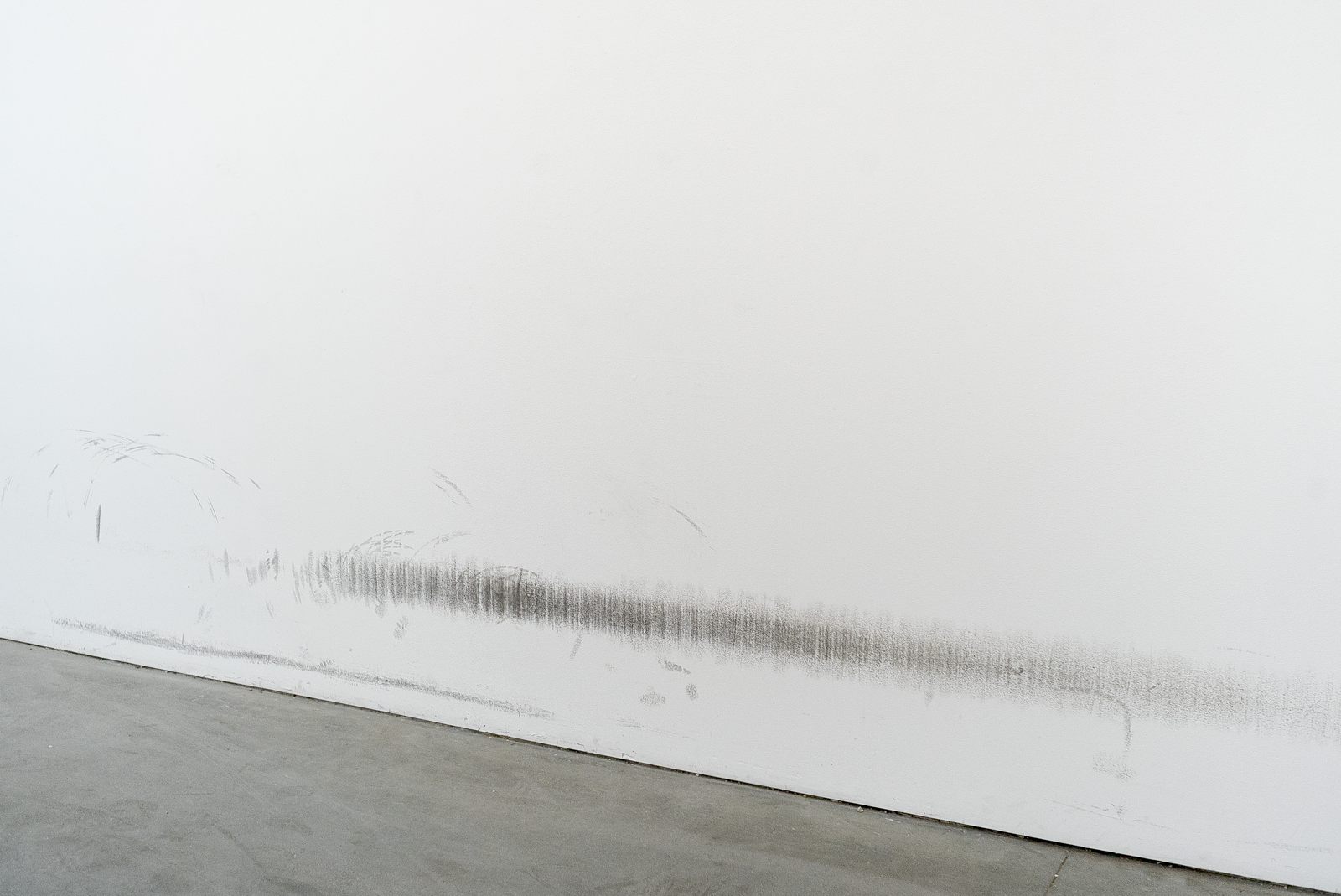 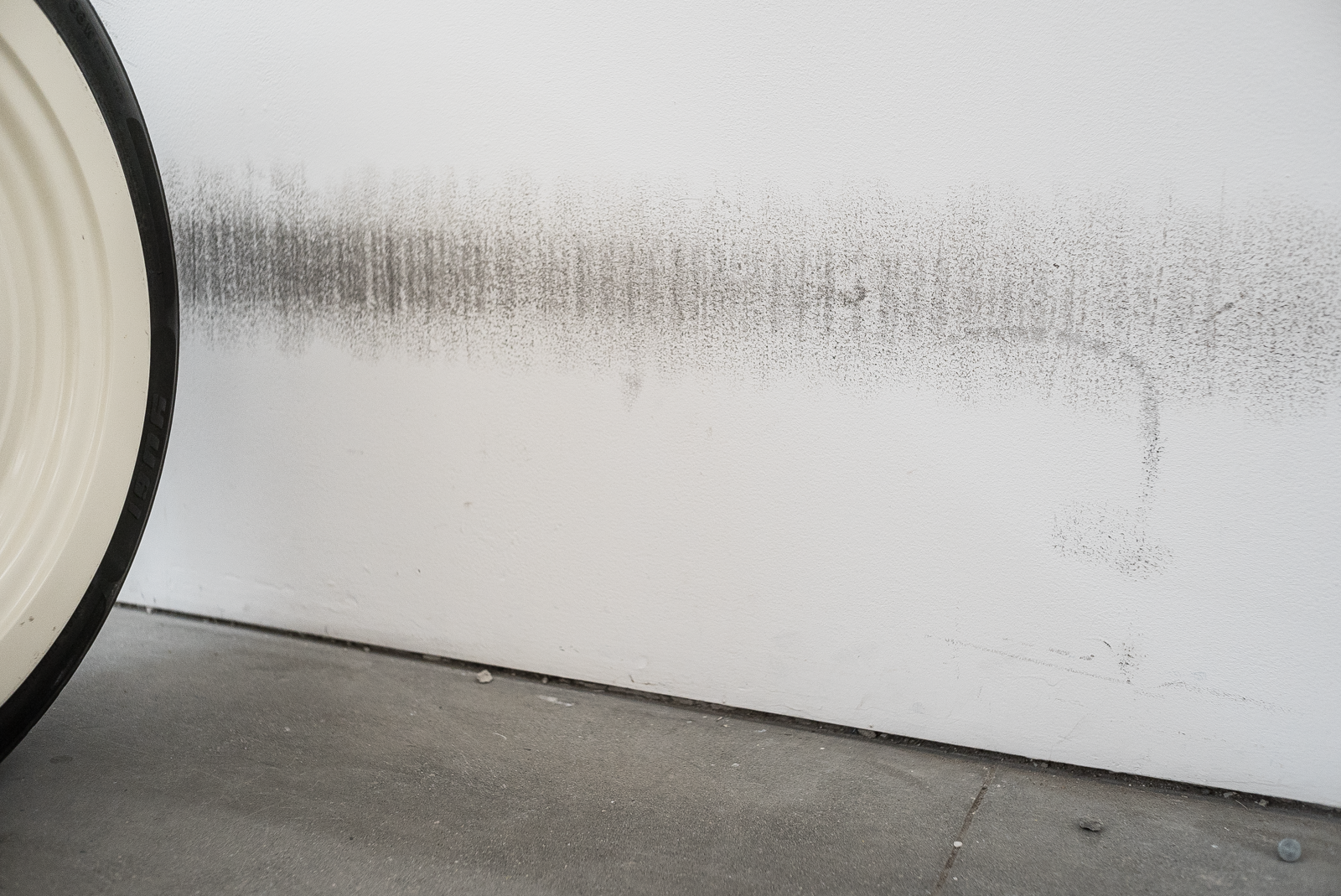 
The roads and sidewalks of Los Angeles are littered with tread-worn tires. SPARE (not mine) is an autonomous sculptural work built from one of such tires. The city, known as the nation’s most car-oriented society, is at the beginning of the most dramatic change to transportation and human labor since the creation of the Ford Model T over 100 years ago in 1908 due to the appearance of the autonomous vehicle. Like self-driving cars, the work uses electronic sensors and AI to gain understanding of itself and the world around it. It is built utilizing micro-computer, inertial measurement unit (IMU) and other electronics to determine its position, rotation, acceleration and objects in its path. The tire, perpetually moving and hitting the wall, leaves its mark along the way. The piece explores the use of AI and the rise of automation, and their effect on human life.