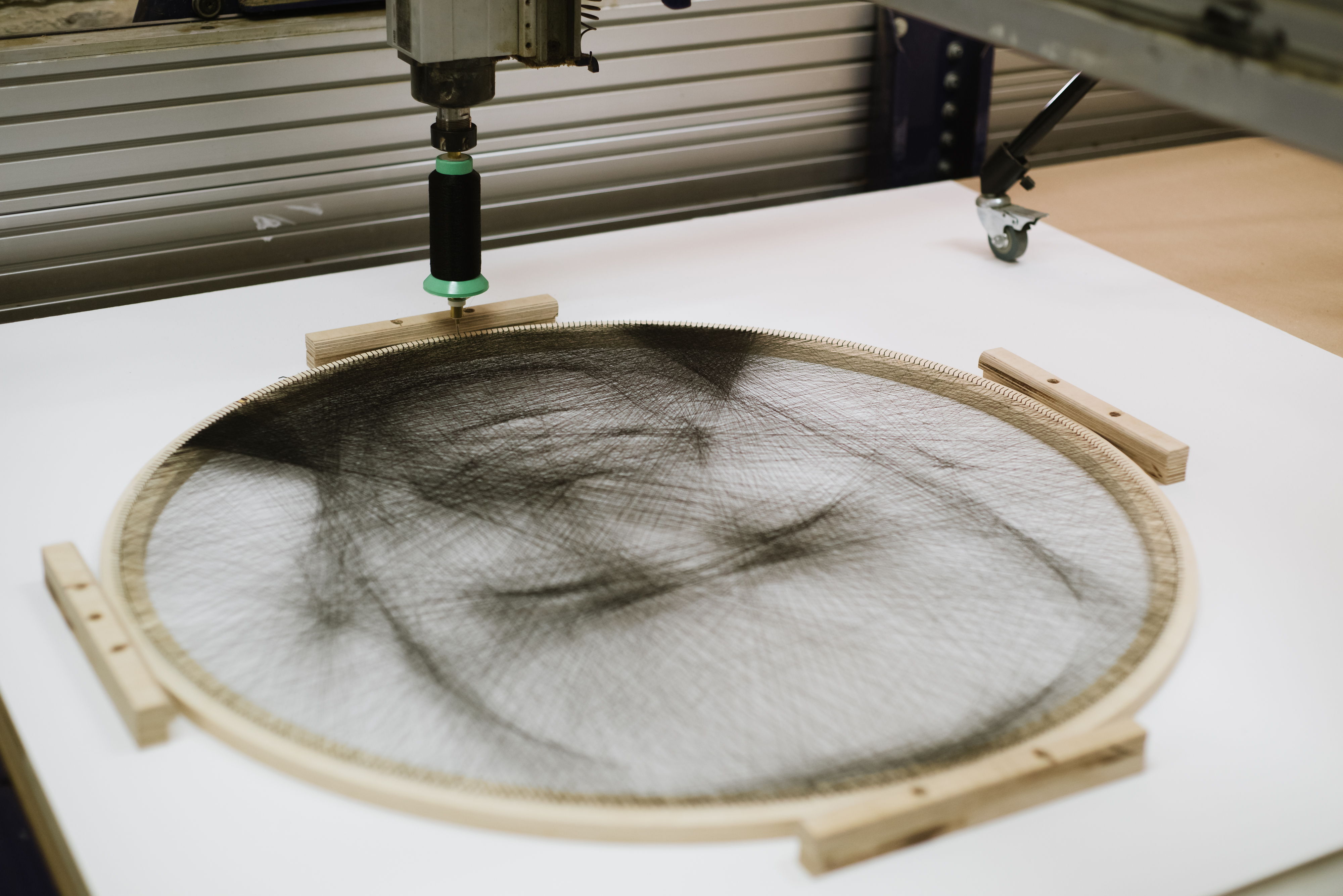 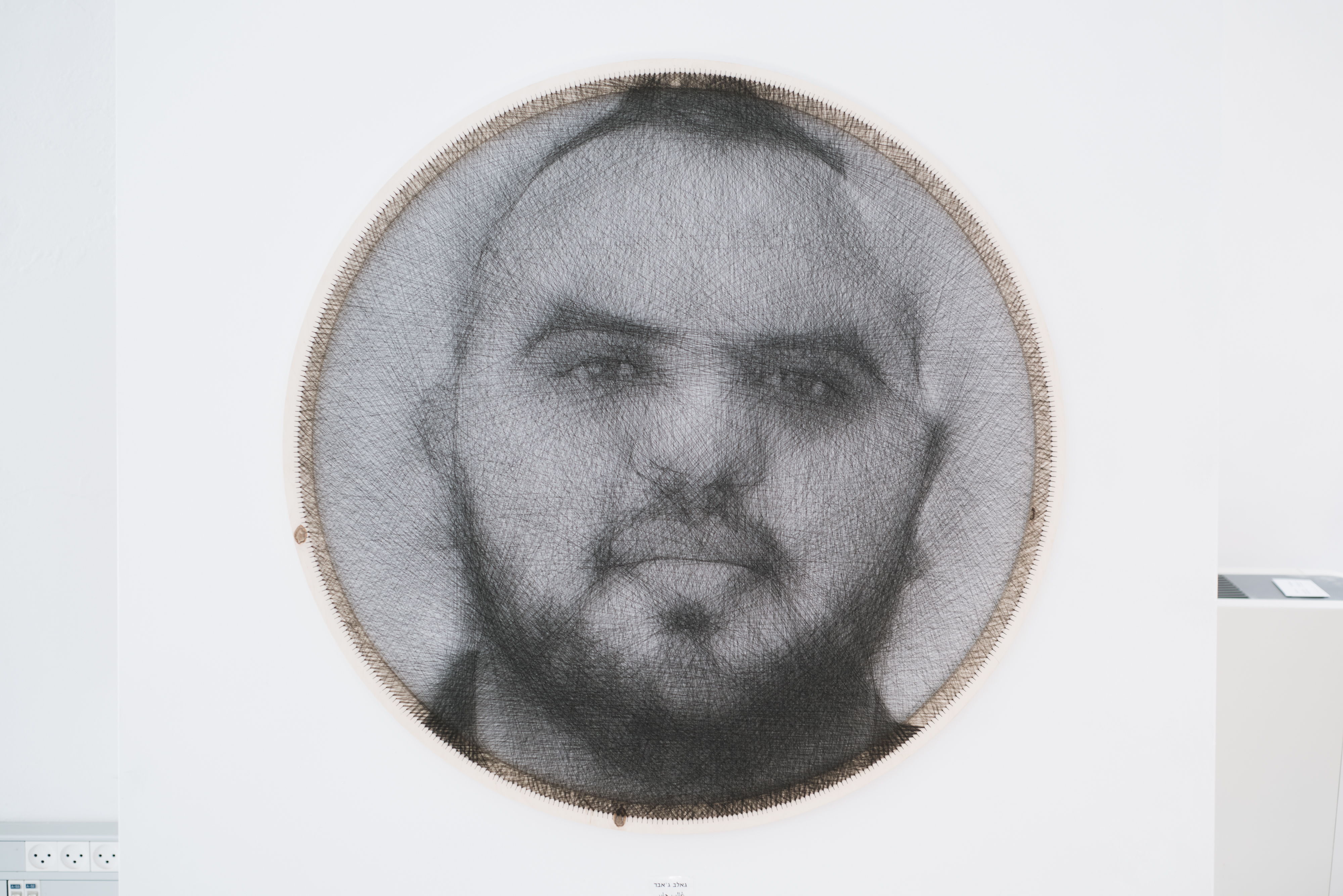 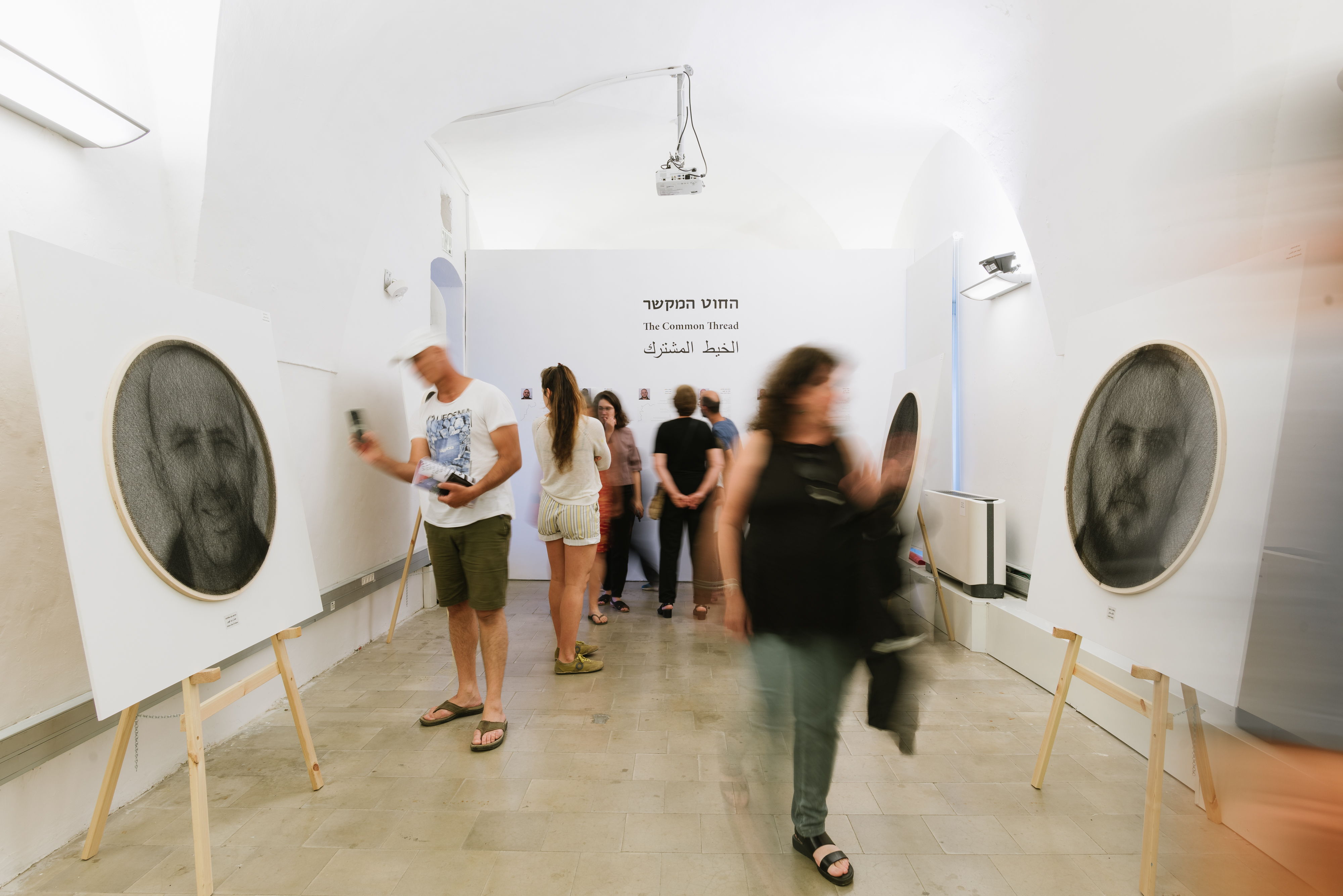 Amir Zobel
The Common Thread project is a site-specific work which was originally made for the Jerusalem Design Week 2019 and its theme - “East”. This annual event takes place every year in Hansen House - a historic building in Talbiya neighborhood which originally was a leprosy hospital and nowadays serves as a center for media, technology and design.

We wished to shine a spotlight on Hansen House's Arab employees who live in eastern Jerusalem: they often work in the background and their importance is somewhat transparent to the visitors of the place. The projects attempts to connect them to the location through art and craft, combining algorithmics, digital fabrication, and hacking and making methods. The project was created in five main stages:

First we photographed seven past and present Hansen House employees who live in eastern Jerusalem. We measured the length of the way they had to make each day from their houses to their place of work.

each one of the photos was then primarily and secondarily processed on the computer and into an algorithm which was written specially for the project. The algorithm deconstructed the photos and configured how one line can be drawn between 471 points on a perimeter of a circle in order to create an image as close as possible to each of the photos. The line was configured to match the distance measured from each one of the employee's houses.

This resulted in a "line recipe" for each photo, which was then converted into a G-code language for the Hansen House Fab-Lab CNC milling machine.

The CNC machine was then used to make wooden forms to stretch the threads on; the machine cut hoops and then – using special tools we developed - pinned 471 nails in equal gaps on its perimeter and bent them. Afterwards the machine recreated each photo of each of the employees based on the code by stretching the thread between the nails. This resulted in a portrait of each one of the employees, made from a single thread the same length as the distance from their house to the machine which created the final portrait.

The portraits were displayed in Hansen House. During the Jerusalem design week the machine has been producing a copy of one of the portraits each day. The copies were given as a gift of thanks and friendship to the participating employees.

A portrait in the making: the CNC milling machine fabricates the photo with a single thread.

One of the final portraits.

The exhibition in which we presented the project during the Jerusalem Design Week 2019.