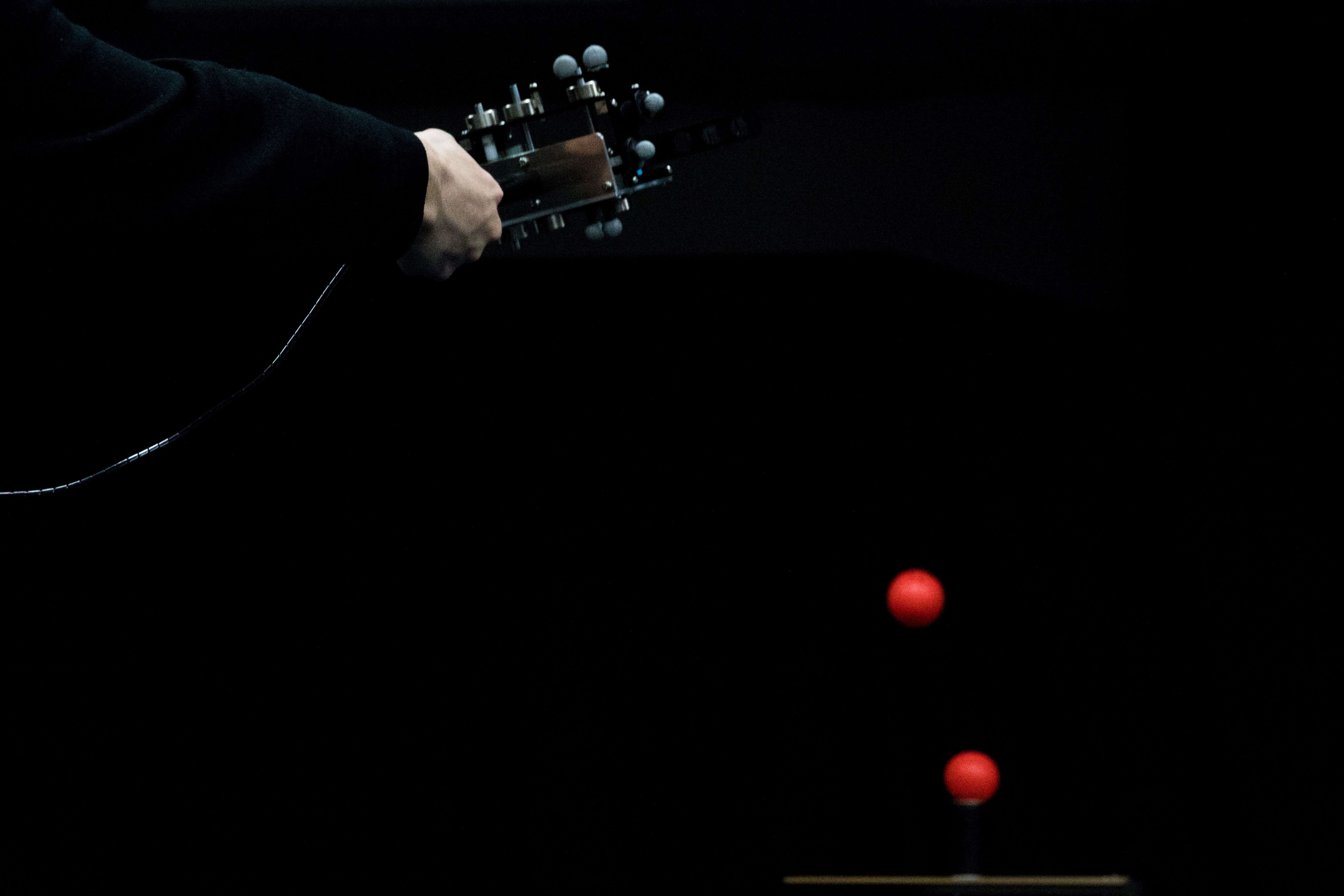 Azumi Maekawa
PickHits is a prototype for generating experiences that hit a target computationally in the physical world. A human throws an object with a robotic hand device that controls only the grasping and release of the object. The developed system computes the projectile trajectory in real time while a human swings his/her arm and plays a role to add sufficient kinetic energy to the object. The object is released at the moment when a desired trajectory is obtained with respect to a defined target according to human motion. In other words, throwing is not performed while the computed projectile trajectory deviates from the target. The release is performed by the machine while the human performs the arm swing. Does the human feel that he/she has caused a phenomenon that results from it? By combining the actions of humans and machines, we explore the boundary and new interactions between them. 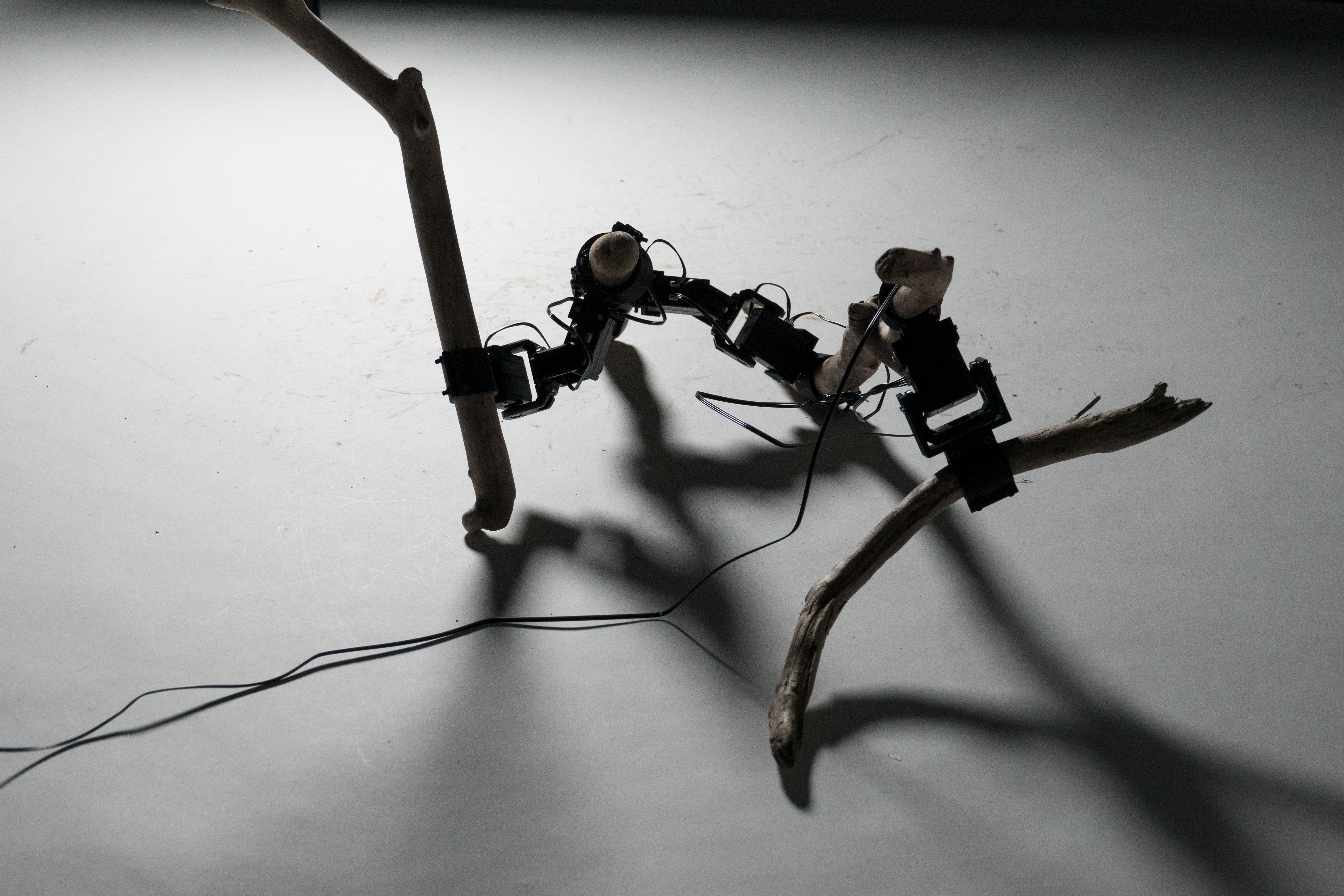