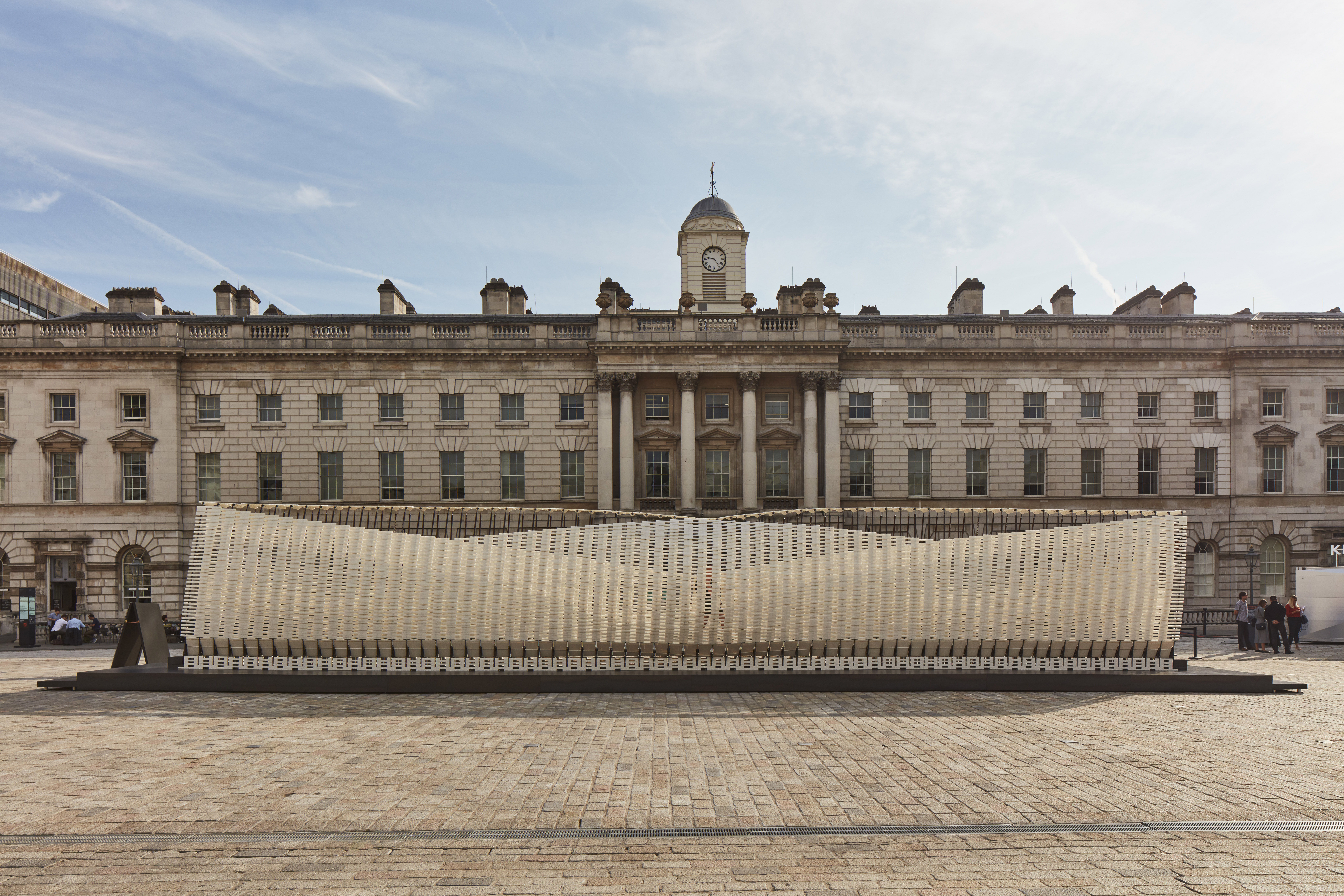 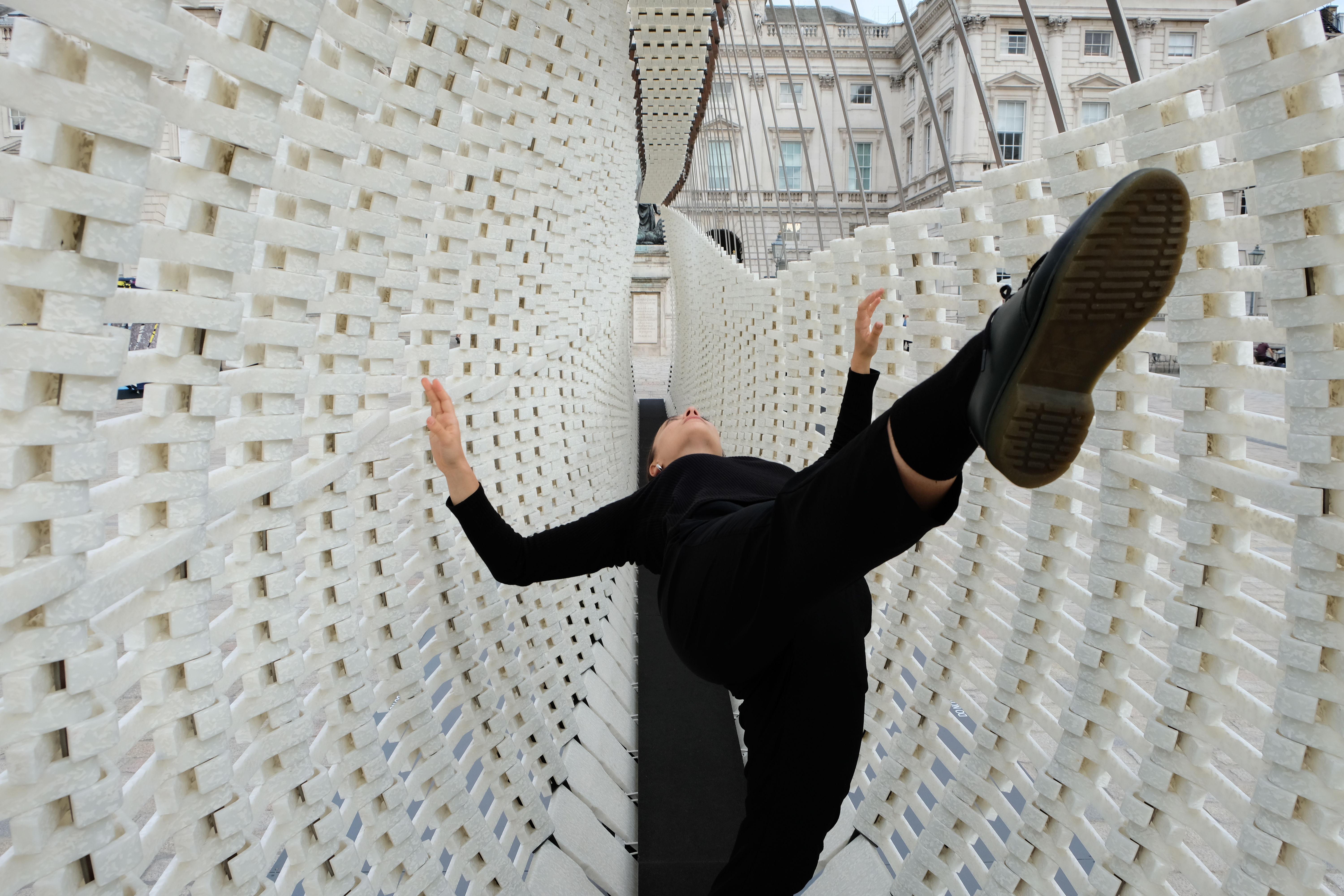 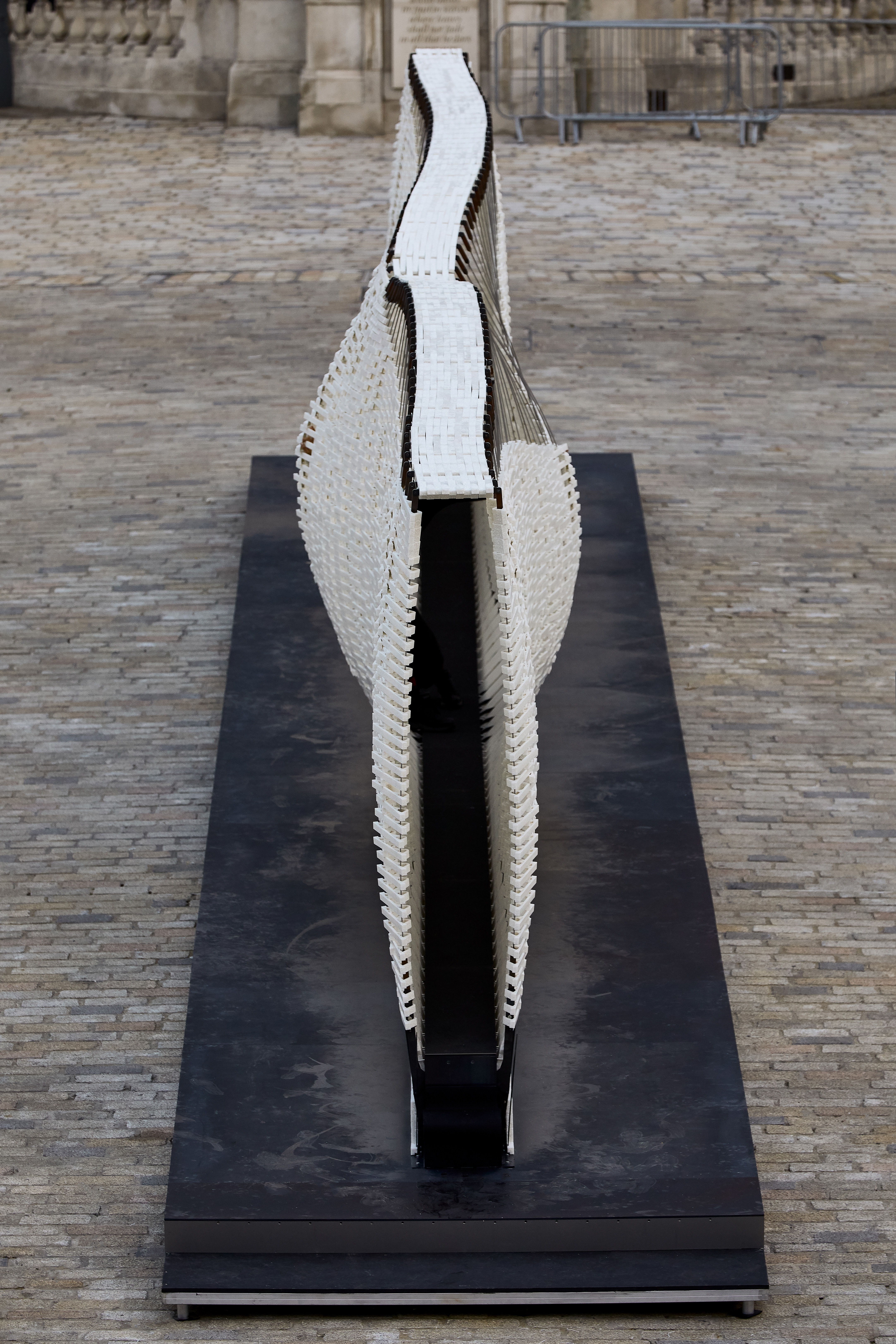 studioini
Disobedience was a kinetic installation that is a manifestation of Studio INI’s ongoing research in Augmented Materiality. Disobedience was first exhibited as the Pavilion for Greece ( the home country of Nassia Inglessis founder of Studio INI) in London Design Biennale 2018 at Somerset House, London, UK. The installation then toured beyond Europe in diverse cultural locations across Asia.

The design engineers at Studio INI (London / Athens) led by Nassia Inglessis couple rigorous design research with public engagement to create experiential installations. Disobedience, is a 17m long kinetic wall that challenges our perception of architecture as something static, or emotionally inert.

Disobedience is an integral part of human behaviour dating back to ancient cultures. As in
ancient Greek mythology it is prevalent throughout the cautionary tale of Icarus, to Antigone, to Prometheus, who disobeys the gods to obeys his moral obligation to humanity and creates opportunity for its progress. Disobedience also remains a potent theme for Greece at a time when the country is in the process of reinventing itself. The question is, how can we both invite disobedience and harness its constructive form? For as long as there have been rules, there has been disobedience. Scientists discover by disobeying the assumptions of predecessors, children learn by disobeying the boundaries of parents, designers create by disobeying the norm.

A ‘living’ sculpture; a 17 metre-long kinetic wall made from a steel spring skeleton and an innovative ‘weave’ of recycled plastic. The visitors are confronted with an innocuous wall, yet as they step inside, its dynamic skin flexes and morphs in response to their movements; they have transgressed a boundary, transitioning from obedient spectators to disobedient actors.
Nassia seeks to evoke disobedience’s creative expression. She invites visitors to feel empowered as they break reality outside of the computer screen and re-construct their physical space. How often can one shift tonnes of metal by their physical presence? How often can one dissolve a wall to create new space?

The transformation and undulation of the wall is experienced through a direct dialogue of body and space. The structure, becomes a physical megaphone of their motion and emotion.

Emotions such as curiosity, ambivalence, frustration, temptation, excitement and wonder are amplified, as visitors experience the feeling of passing in between a boundary and uniquely impacting its shape. A Performance was produced by Farooq Chaudhry, creative producer and founder of Akram Khan Company choreographed and performed by world-renowned dancer Dickson Mbi.