Julien Wulff was born in Switzerland. He is a graphic designer who is active in various regions such as Japan and Switzerland.

Julien, who is competent even in logo and UI design, has a well-thought-out, polished process to create output that is simple yet leaves a lasting impression.

I saw his creations, from which I could tell that he truly enjoyed design from the bottom of his heart, and I had him talk about what made him participate for this award and his creation background, as well as the projects that he is undertaking as his life's work.

ーEditorial Department (hereafter omitted): Julien, you are currently working on illustration and graphic design in various areas in Japan and Europe. What made you become a designer?

Julien (hereafter omitted): From young, I liked to draw, and my parents also encouraged me, so I started attending a design school in Switzerland, where I was born and grew up.

When I enrolled in the school, I hardly knew what "graphic design" was, but I learned about design by actually learning it, and became seriously aborbed in it.

ーAfter graduating from design school, you started your career as a graphic designer.

I had already been working at a design company from when I was still a student, so I had started my career before graduating. In Switzerland, you can go for lessons three days a week, and go to work for the remaining four days.

After graduating, I gained experience by interning at a major advertising agency in Berlin and studying abroad for a short while in America. After returning to Switzerland, I also experienced working in UI design and graphic design.

ーYou have experience in many genres of work! You are now working in Japan as a designer. Why made you decide to live in Japan?

I came to Japan because I was interested in Japanese design and art. I live uniquely Japanese expressions such as Japanese monsters and characters often printed on happi coats. Even now, I go around various places for the streets and the food, looking for ideas for my work.

Recently, I have taken an interest in "senjafuda", and have borrowed books from the library to do research on it.

It is a card that resembles a sticker and is pasted on shrine pillars. It is pasted on for commemorative purposes by people who visit the shrine, but most people just walk right past them with barely a glance. But among them, there sometimes are cards that were pasted 200 years ago and are still there, full of history.

Recently, there has been an increase in street art and graffiti using stickers on the streets, and I feel like they have their roots in those cards, which I find to be interesting. What makes them different from senjafuda is that they don't seek permission to do it!

ーI have lived in Japan since I was born up until the present, but this is the first time I've heard of this... It seems like there are many differences in culture and design between Switzerland and Japan. Have you ever experienced feeling bewildered?

At first, I struggled with the language barrier, but I did not feel much difference in terms of lifestyle and culture. This might be because Swiss and Japanese cultures are similar in terms of personality and attention to detail.

There's just one thing, which is that I was surprised by the Japanese business style! We exchange business cards in Europe as well, but it is not as formal as Japan.

Business etiquette of a foreign culture, learned through the award

ーYour idea was adopted for "10,000 Creators meets PASS THE BATON." Please tell us why you decided to participate in this award.

Actually, it was my first time participating in an award ever since I was born. I was worried about the language, but when I found out what it was about, I thought of an idea immediately, so I took on the challenge. That's why, I was really happy to find out that my idea had been adopted.

At the time, I was still new to being a designer in Japan, so being able to create a project that showcased my achievement in Japan was a good experience. I am really glad I participated in it.

Also, through this project, I was also able to learn about Japanese business manners, such as how to give my name card when greeting others, and about making progress on projects, all of which have helped me become a lot more experienced.

ーYou also learned something from that perspective. What kind of awards do you plan to participate in in the future?

I want to constantly keep a stock of various ideas, and actively participate in awards for which I can think of something good for. For "10,000 Creators meets PASS THE BATON," I participated in product design, but next, I would like to try my hand in a graphic design contest.

ーIt's amazing that your idea was adopted for your time participating in something like this. How do you think of ideas that lead to creations?

I constantly get inspiration from many things, such as streets, shops and food. My antenna for idea searching is constantly up, and when I think of something, I write it down in a notebook.

When I work on graphic design and logos for work, I just draw out whatever image pops up in my head, and gradually let it take shape. When I explain the process to clients, I sometimes also show them that notebook.

When it comes to design, what is important is the heart, and to enjoy it!

ー I heard that oher than the award, there is also something else that you started in Japan.

It's a project that is still ongoing, and it is called "Yamanote Yamanote." I have been creating a poster for each station on the Yamanote Line since two years ago, with Mr. Julien Mercier, who, like me, is a Swiss graphic designer living in Japan. It is my first personal project, so working on it feels like I'm raising a baby.

As we worked on this project, someone related to a Chinese exhibition approached us because he was interested in how Swiss people were creating posters using Kanji and Hiragana, and we also participated in that exhibition.

We still have about half of all the stations that we haven't touched, so we are still working on it at a pace of one poster each month.

Before creating a poster of the station, we walk around the area to do research. At Shimbashi, "Nakagin Capsule Tower" left a deep impression on me. The Capsule Tower looked like cheese and nothing else, and I started missing Swiss cheese. I included those feelings into the design.

I think that process and meaning is very important in design. For example, the Ebisu poster was created with the images of "Yebisu beer" and bars that left a strong impression personally in mind. The overturned chair represents the unsteadiness of drunk people.

ー It's amazing how you are eager to try out new things! Please say something addressed to creators who will be participating in awards and contests

I think that participating in a contest is a good experience for most people. You can focus on personal activities other than creating for clients, and it will lead on to opportunities to interact with various people who are gathered for the contest.

If you think, "This idea will work!", I want you to believe in yourself and take on the challenge. When you participate in a contest, the most important thing is to believe, and to enjoy creating!

ーSelf-belief might just be the most important first step to participating in a contest.

As someone who also sometimes draws and makes things, I was completely enthralled by Julien's multiple facets of design, from simple logos to posters full of playfulness!

I want to learn from Julien, who tries out various print techniques, takes on designing shoes, and continues to create without forgetting to "enjoy" his work, and create things while feeling excited.

Thank you very much, Julien!

Julien Wulff is a Swiss graphic designer based in Tokyo. After graduating Design School in Lausanne, he developed his design sense through professional experiences in Switzerland, Germany and Japan. Creativity combined with structured design could define his projects. Currently working as freelancer and developing brand design, illustration, print design and website design. 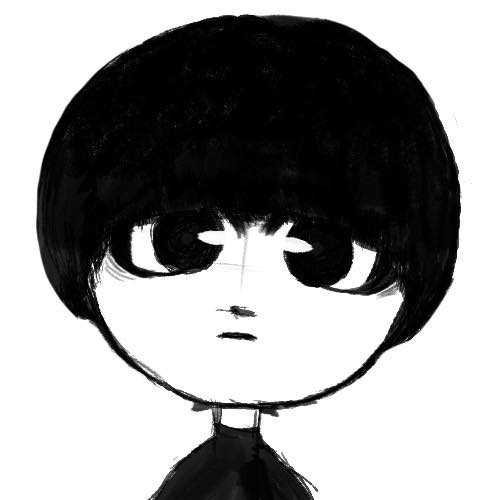