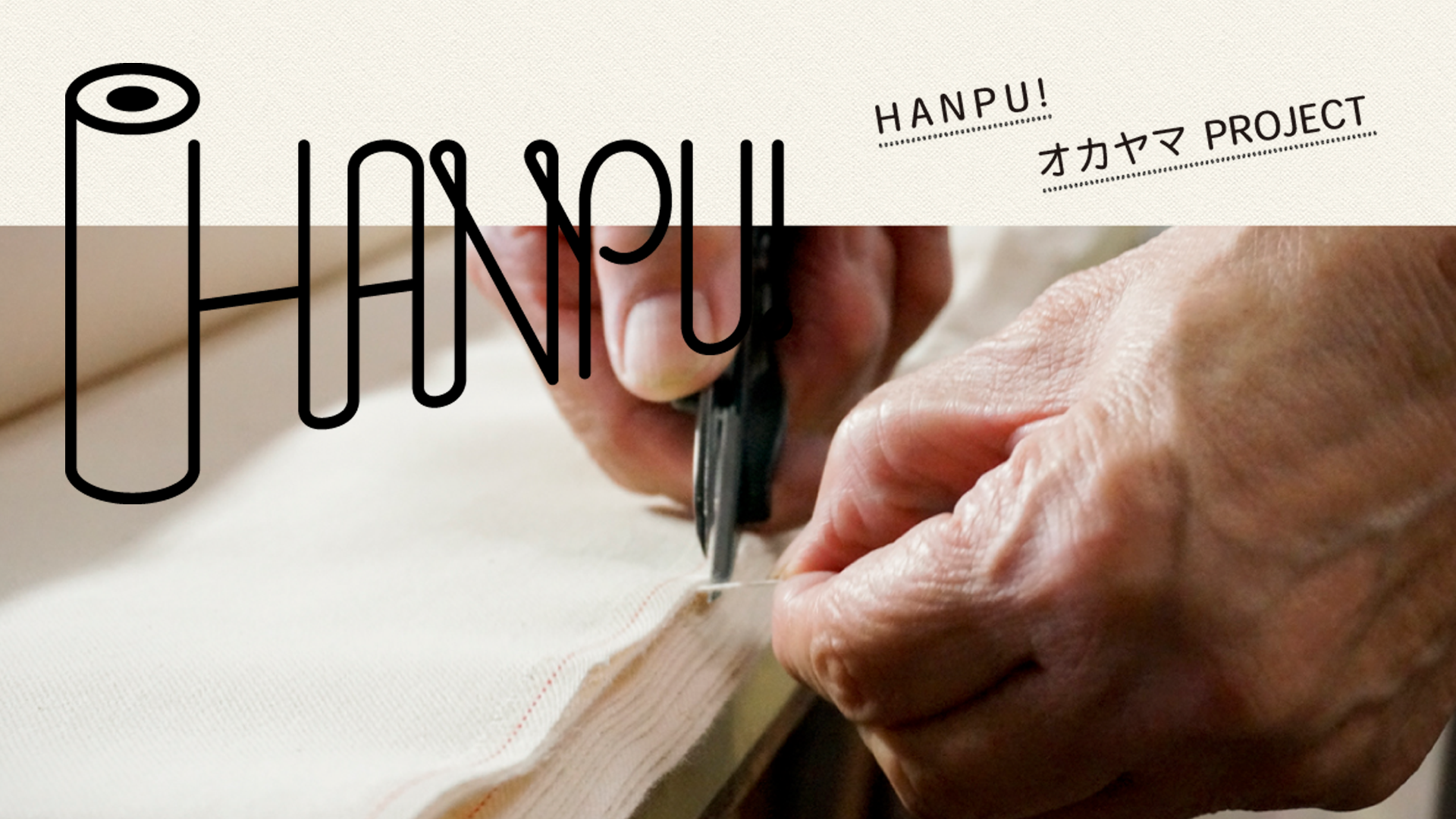 Co-Creation Project: Imagining the Future of Craftwork through Materials made in Okayama

The “Hanpu! Okayama Project” is project that uses Hanpu (Japanese canvas) as a foundation for thinking about regional culture and craftwork.

Co-Creation Project: Imagining the Future of Craftwork through Materials made in Okayama

The "Hanpu! Okayama Project" is project that uses Hanpu (Japanese canvas) as a foundation for thinking about regional culture and craftwork.

Approximately 200 years ago Hanpu (帆布 = Japanese canvas) was invented to enable trading vessels to quickly, safely and surely reach their destinations through turbulent seas.
We are now on the lookout for contemporary creative perspectives on the potential of Hanpu, the canvas that revolutionized Japanese trade.
This open competition brings together creatives, fabric manufacturers and retailers for a new challenge.

From jeans to traditional handicrafts such as Bizen ceramics Okayama Prefecture is home to a diverse range of craftwork.

The shopping center Aeon Mall Okayama (opening December 2014) aims to focus on this unique aspect of the region by developing "Haremachi-Tokku 365"(ハレマチ特区 ３６５), a craftwork zone for presenting the delights of Okayama.

Starting with an exhibition at "Haremachi-Tokku 365" it is hoped that products born of this Hanpu project will be commercialized.

Hanpu is a thick fabric woven from cotton or hemp. Kurashiki City in Okayama Prefecture is the largest producer of the fabric in Japan, accounting for approximately 70% of domestic production. Of that, only the very finest quality fabric is awarded the label of 'Kurashiki Hanpu'.

The varying thicknesses of Kurashiki Hanpu is measured by an 11 degree system and the fabric is employed in a wide variety of situations, from those that demand super-strength (e.g. industrial conveyor belts, sumo loincloths and judo uniforms) to everyday uses that allow for taking pleasure in its texture (bags and socks, for example).

The manufacturing process remains almost unchanged over its 130 year history, and strict quality management combined with the manual labor of the craftsperson means that each loom can produce approximately 50m of Hanpu per day.

The purpose of this project is to increase awareness of Kurashiki Hanpu, and we seek submissions from individuals or teams that are looking to commercialize or realize design plans that connect with the future. There are three submission categories, outlined below.

a.A Special Day & Hanpu
The uses of Hanpu span from sails to industrial conveyor belts and work clothes. For the most hardworking of fabrics this category proposes a fun twist, calling for designs suitable for celebrations, parties and other special days.

b. Delicacies & Hanpu
Long used in straining bags for sake and soy sauce, Hanpu has a deep connection to Japanese food culture. This category seeks design propositions for Hanpu-based objects that can support the deliciousness of our modern-day culinary lifestyles.

c. Open Theme
This category seeks designs which leverage the flexibility and strength of Hanpu through diverse processes and expressions. Submit a workshop, one-off piece, or web service - anything! The choice is up to you. We invite you to take this opportunity to open your imagination to convey the beauty of Kurashiki Hanpu.

After working at ADK, GT, and as director of Wieden+Kennedy Tokyo founded the creative lab PARTY in 2011. His work as a creative director includes clients such as Google and Nike and he has been awards over 200 design and advertising awards including the Japan Media Arts Festival, D&AD and ONE SHOW. In 2011 he was director of Cool Japan for the Japanese Ministry of Economy, Trade and Industry.