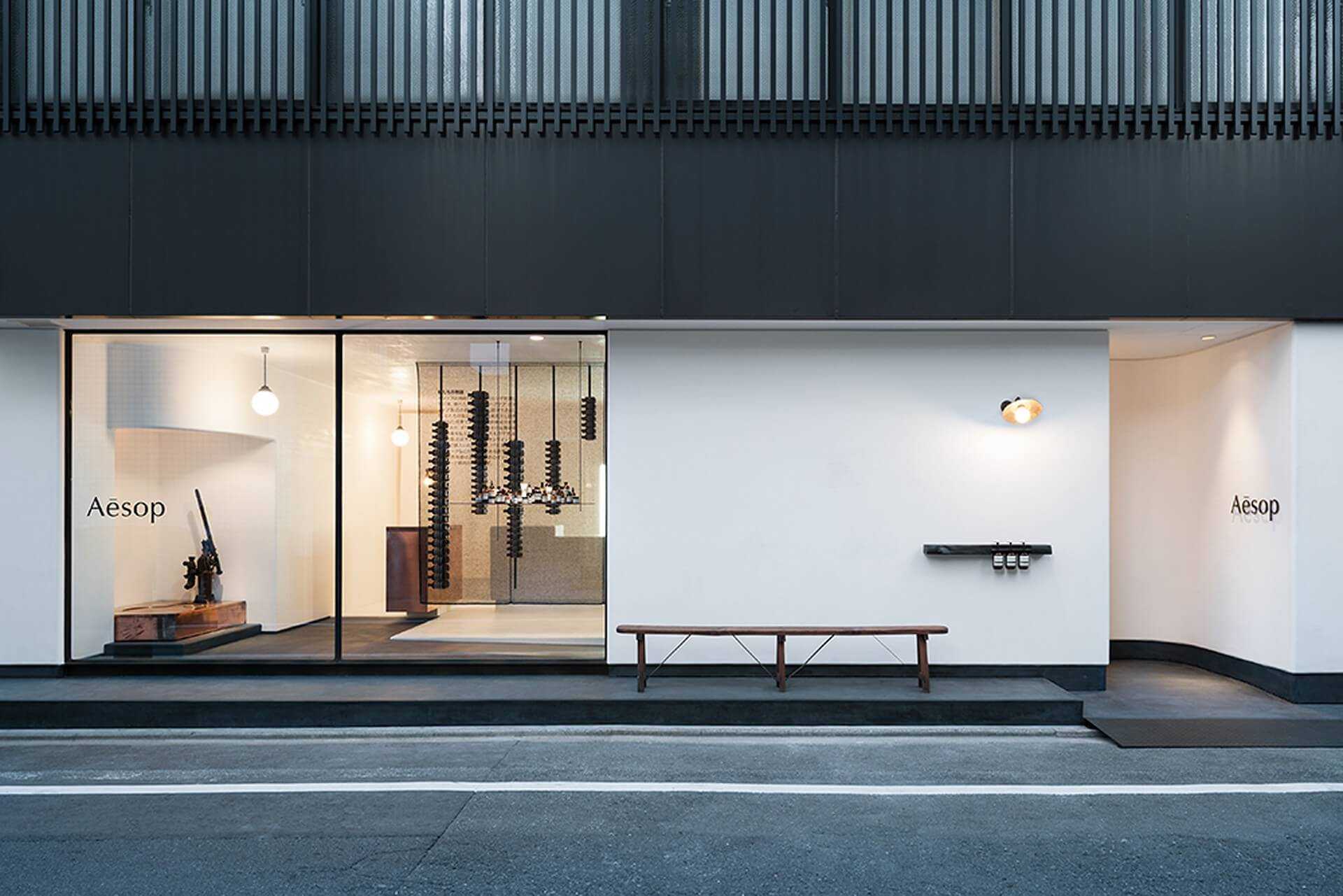 As we gear up for the inaugural Material Driven Innovation Award, new judge and CEO of Aesop Asia Frederic Seiller talks about his company’s unique philosophy, the demand for material innovations in the industry, and the well-being of our planet.

As a self-proclaimed “glass half-full” kind of a guy, Frederic Seiller is hopeful that young talents can help industries improve their environmental footprint through better and more innovative materials.

The CEO of Aesop Asia has just been appointed the latest judge for the upcoming MaterialDriven Innovation Award, Loftwork’s new award that seeks to explore meaning born from materials. As part of this year’s theme of “Making Well-Being”, Frederic will be joining designer Yasuhiro Horiuchi, science researcher Watanabe Junji, as well as curator Kumiko Idaka, inselecting materials that inspire better living.

For Frederic, human well-being starts, absolutely, with the environment.

“With our society's obsession with growth, globally, we contribute to the destruction of our planet every day,” he says, adding that we can be as comfortable as we want, but all would be meaningless if we have no planet on which to live in the future.

Speaking about the rise of “self-care” under Covid conditions, Frederic says the real lesson that the past two years have given us is the realization of how our lives directly impact our surroundings. What’s happening with the environment, he adds, has become “really worrying” for the company.

Despite now being a globally-recognized brand, Aesop hasn’t strayed far from its humble roots, when Melbourne hairdresser Dennis Paphitis tried to seek out botanical alternatives to the chemical-filled hair products in his salon in the late ‘80s. Not only does Aesop refrain from major marketing campaigns, or superfluous product launches, the very materials that make up everything from the products to the physical stores reflect the brand’s ongoing affinity with the natural world and its unique vision of sustainable business.

“We like to select materials that are long-lasting, that age well,” Frederic says. “The stores we have usually last very long because we don’t change the concept, and we build the design to be in osmosis with the environment where we want to operate.”

“Every store has a different story,” he says, and points to the first signature Kyoto store as one of his all-time favorite.

Aesop has also shown similar commitments to community-building and empowerment, through its philanthropic arm, the Aesop Foundation. Since2017, it has supported various cultural initiatives, such as literacy programs for marginalized communities or those dedicated to the preservation of Indigenous ecological and spiritual knowledge.

However, Frederic, who has been with Aesop for six years, is adamant Aesop is no role model. He insists the company understands there is more work to be done in reducing its environmental impact, particularly with regard to plastic packaging – something the entire industry struggles with, given the precarity of certain skincare formulations. “We are trying to reduce our impact on packaging, we are trying to reduce carbon emissions, but we’re not champions at it,” he says. “We’re on a journey, learning and trying to be better.”

That’s why, according to Frederic, many committed companies are interested in what innovations are out there. For Aesop, in particular, introducing something genuinely innovative and useful goes beyond a mere selling point or a competitive advantage for one brand; it helps entire industries.

For this edition of MDIA, Frederic Seiller and his fellow judges will be keeping their eyes peeled for not only the ways in which the theme of “well-being” is interpreted, but also the functional value of the material, its impact on society, as well as the overall message it is seeking to deliver.

Material submissions of any form, any stage, any industry – or even, from anywhere in the world. Everything from tangible materials, products, technologies, services and more will be considered. It is hoped that the award will help applicants to deepen their understanding of materials in relation to better human well-being and living, as well as of the qualitative meaning of “value”.

Frederic notes that he is excited to see what will be on offer at this year’s award. “I hope young talents can help us – all the industries, actually – find and create materials that are so much more environmentally friendly.”

“It starts with the environment, and having materials that are respectful of and in harmony with nature and the environment we live in,” he says. “It’s the first and the key element I hope we can crack.”